The spectrum of Sleep Apnea includes mild, moderate and severe cases. If you have moderate to severe OSA, a lot of information and treatment options are available to you. However, this article focuses on mild Sleep Apnea, the problems lack of treatment can cause in your life, and the treatments available for this manageable diagnosis.

What Is Considered Mild Sleep Apnea?

Oxygen desaturation is also considered when making a diagnosis. This refers to your blood oxygen levels going down. The normal level should be around 96 to 97 percent. When the level goes below the normal range down to 90 percent, it’s generally considered mild. Moderate desaturation goes down to 80 to 89 percent, and the severe level dips to under 80 percent.

What Are the Symptoms of Mild Sleep Apnea?

The mild form of OSA still causes symptoms that can interfere with your life. These mild OSA symptoms include having apnea or hypopnea events, and you snore or gasp while sleeping. You will generally experience undesired sleepiness or falling asleep when you’re engaging in a relaxing activity such as watching TV. Nonetheless, with mild Sleep Apnea, the symptoms are not too disruptive to your life.

Also, mild Sleep Apnea creates AHI readings ranging from more than five to fewer than 15 events per hour, and it shows oxygen desaturation levels of 90 percent to less than 96 percent. You can also experience a variety of symptoms from a lack of sleep.

Sleep Apnea can have many different causes or contributing factors, which vary on a case by case basis. The causes include:

Also, there are many risk factors for Sleep Apnea. These include:

It’s possible to change lifestyle and environmental risk factors, but not the other ones.

How to Treat Mild Sleep Apnea

Positive airway pressure devices, such as CPAP devices, are generally used for moderate to severe cases of Sleep Apnea. These solutions would not necessarily be used as the first line of defense for a mild case.

Does Mild Sleep Apnea Need to Be Treated?

Two articles debated this question in the same issue of the Journal of Clinical Sleep Medicine.

One article argued that CPAP treatment, which is a common treatment for Sleep Apnea, is not needed for mild OSA and does not significantly benefit symptoms associated with it. Nonetheless, the article is not against all forms of treatment but instead noted that medical interventions should be used first before turning to CPAP. Depending on factors contributing to the mild OSA, the article explained that treatments could include interventions such as weight loss, nasal corticosteroids for allergic rhinitis or positional therapy for supine OSA.

The other article argued that mild Sleep Apnea should be treated. The reasoning for treating mild OSA was that it has symptoms, it can contribute to other health conditions and it can be treated to improve outcomes.

It’s smart to look into available treatments and talk to a doctor. Treatment may be beneficial and provide help with mild Sleep Apnea symptoms.

Arterial stiffness refers to the walls of the arteries becoming stiff and thickened, while endothelial function has to do with the endothelium, a membrane lining the heart and blood vessels. Both are part of the cardiovascular system, and the study findings suggest an increased risk to heart health. Arterial stiffness reduced endothelial function and an increase of cardiovascular risk are also characteristics of moderate to severe Sleep Apnea.

While mild Sleep Apnea may not be as disruptive to your life as moderate to severe OSA, it is still a problem to your health and well-being. It comes with symptoms and can pose health risks. It’s worth getting checked to see if you have this problem and to look into treatments that could improve your symptoms and help you get better sleep.

Did you find this information helpful? Subscribe to our newsletter for access to additional info on Sleep Apnea and CPAP. We even include savings on equipment! 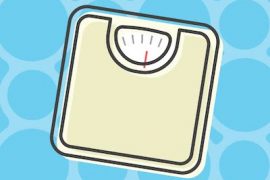 The Relationship Between Sleep Apnea and Weight 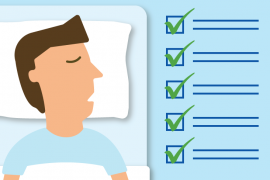 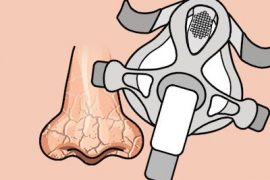 Deviated Septum and Sleep Apnea: How the Two Correlate 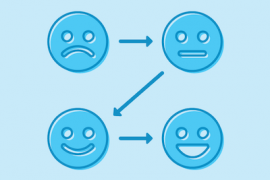 Understanding the Relationship Between Sleep Apnea and Teeth Grinding