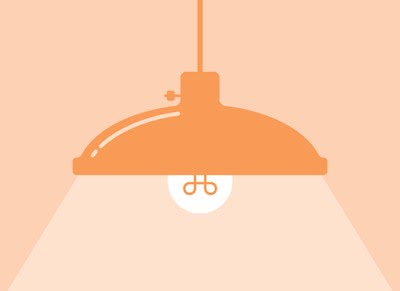 The American Sleep Apnea Association estimates that 22 million Americans have sleep apnea. Of this number, about 80% are probably undiagnosed and therefore untreated. Add to that the number of diagnosed individuals who fail to adhere to their apnea therapy with any consistency, and you’re looking at a widespread problem: too many Americans are ignoring their apnea symptoms or not taking them seriously and putting up with poor sleep when they don’t have to.

Why is this a problem? Because insufficient sleep isn’t just a matter of feeling tired or groggy once in a while. Not getting good quality sleep, and furthermore, ignoring apneas and hypopneas (instances where you stop breathing or your breathing slows) can lead to serious health problems. These conditions may hasten the onset of other illnesses and may even take years off your life.

What Happens if You Don’t Get Enough Sleep Due to Apnea?

Sleep apnea is about more than just snoring. When you have sleep apnea, your nervous system struggles to wake you when you stop breathing in the night, sometimes dozens of times per hour. These respiratory events, if left untreated, take a toll on your body, especially your heart and circulatory systems.

Your body—including the heart, your nervous system, and hormones—needs to go into overdrive in order to wake you so you’ll resume breathing to take in oxygen and expel carbon dioxide. All of this activity—hours of “crisis mode” per night—can raise or destabilize your blood pressure and wear out your system before its time.

Deaths associated with untreated apnea were most likely to be from cardiovascular disease. Other causes included stroke, cancer, and suicide.

The fact is, not treating your sleep apnea can shorten your life in a number of ways. Your body may wear out, you may have a motor vehicle accident, or you may self-harm as a result of depression and anxiety.

The good news from the mortality study, however, is that using CPAP therapy regularly can dramatically reduce your risk of death from a cardiovascular event or illness. Getting your apnea diagnosed and treated reduces the number of apnea or hypopnea events you experience every hour, and therefore reduces the stress your body goes through in order to keep you breathing. If you have apnea and want to stay healthy, CPAP therapy is not optional—it’s essential.

Below are some specific dangers of untreated apnea and poor quality sleep.

Quality of sleep is just as important as quantity. You may plan for 8 hours or more of sleep and maybe you even think you’re getting it; but if you have untreated apnea, those hours are constantly interrupted by your body awakening you to breathe. The result: your sleep is divided into tiny bits, each too small to allow you to proceed naturally through all the phases of sleep.

If you can’t proceed uninterrupted through all the stages of REM and non-REM sleep, you miss out on important physiological functions that allow your body to regulate itself, consolidate and organize memory, and repair tissue and bone damage.

Good quality sleep also allows the “daytime functions” of the body to rest (much like a computer in sleep mode), clearing the way for certain essential functions to take place unimpeded; research from the National Institutes of Health found that we need sleep to give the body time to flush out harmful waste products from the brain (waste which, if left to accumulate, may lead to diseases like Alzheimer’s).

ADHD symptoms in children. In children, sleep apnea is often mistaken for attention deficit and hyperactivity disorder. Kids with undiagnosed apnea may act out in school, struggle with focus and attention, and have difficulty regulating their moods. Whereas adults with apnea may report chronic tiredness and daytime exhaustion, children with apnea may seem to display the opposite behavior: edginess and hyperactivity.

Treatment (sometimes in the form of tonsil or adenoid surgery to remove airway blockages) can help to resolve or improve apnea.

Appetite hormones (ghrelin and leptin). Researchers have long documented the link between sleep deprivation and weight gain. Apnea sufferers, in particular, tend to have higher than average levels of these two hormones that control appetite.

Untreated apnea will make you hungrier, which often leads to overeating and weight gain (which, in turn, make OSA more likely due to an increased BMI). However, regular CPAP therapy can bring ghrelin and leptin levels closer to normal.

Endocrine system and bone metabolism. Research also indicates that disturbed sleep and sleep apnea influence the process of bone remodeling (which can lead to osteoporosis in women). A number of hormones, including melatonin (the hormone regulating circadian rhythms) and leptin (the hormone that inhibits hunger and regulates energy expenditure), are involved with the repair and resorption of bone.

Fragmented sleep from apnea can affect these hormone levels and functions, leading to a decrease in bone density, especially in older adults.

The link between OSA and Type 2 diabetes is well-known by researchers and physicians. Obstructive sleep apnea is associated with insulin resistance, a condition that increases blood sugar. It’s also associated with glucose intolerance, a form of hyperglycemia that is a predictor of type 2 diabetes.

Untreated apnea may eventually lead to type 2 diabetes. If this form of diabetes is untreated or poorly managed, the risks associated with it include serious health issues like organ damage, cardiovascular disease, nerve damage, vision problems, and even death.

As stated earlier in this article, sleep apnea is also linked to cardiovascular disease and high blood pressure, including:

Risk of all of these conditions increases for apnea sufferers who do not use CPAP therapy. One study found that men with severe OSA were nearly 60% more likely to develop congestive heart failure than men without apnea, and those with severe obstructive sleep apnea had a nearly 70% increased likelihood of developing coronary heart disease when compared to subjects who had mild-moderate OSA.

If you have the risk factors for sleep apnea and you have not yet been diagnosed, see a doctor and ask to take a STOP-Bang questionnaire. Based on the results, your doctor may recommend you for a polysomnography (sleep study) to determine whether or not you have apnea and what the severity may be.

Risk factors can include a high BMI, large neck circumference, the presence of snoring, daytime sleepiness, age, and whether or not you smoke or drink on a regular basis.

Sleep apnea disturbs sleep, and this fragmented sleep has an effect on numerous systems in the body. Untreated sleep apnea puts you at risk for serious, life-threatening illness, ranging from heart disease to diabetes to mood disorders. However, treatment with CPAP therapy can greatly reduce these risks.

For a full list of Sleep Apnea symptoms and treatment options read the following: