Philips Respironics is one of the dominant players in the CPAP industry. Alongside ResMed, the company is frequently referred to as one of the "Big Rs". The company is based in Murrysville, Pennsylvania, and is just outside of Pittsburgh.

Philips Respironics started out in the anesthesia market. However, the company introduced their first CPAP machine, the SleepEasy, in 1985. Within the sleep space, Respironics is most recognized for the creation of gel CPAP masks, the first of which was invented in 1996. The ComfortGel Nasal Mask was the first of its kind, offering a gel cushion which molds to the face. This mask was widely used and later evolved into a newer model called the ComfortGel Blue Nasal and ComfortGel Blue Full Face mask. Respironics also boasts a strong history in the CPAP machine space, notably introducing DryBox technology with the long running System One Respironics CPAP machine line. The company is also known for its latest line of travel CPAP Machines, the DreamStation CPAP. These travel friendly machines also offer superior water leak protection within the machine.

Philips Respironics also offers oxygen concentrators for help with the treatment of COPD.

I have used the original comfortget for almost four years. It was the best mask i found after trying quite a few. The new version is great. Quieter, lighter, and better constructed. I have now found a new favorite. Get one you will not be disappointed. I was also happy to learn the old cushions are still compatible i have a good collection which allows me a clean one every night with only a periodic cleaning Verified CPAP.com Customer, IL 5 Star Review for ComfortGel Blue Nasal CPAP Mask with Headgear 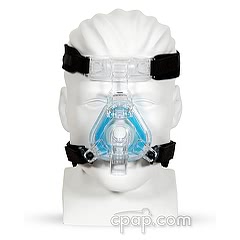 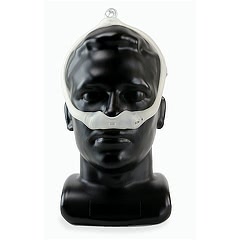 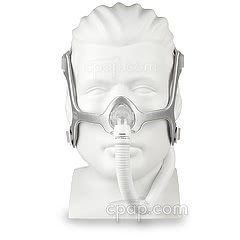 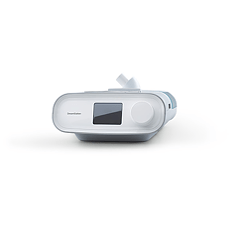 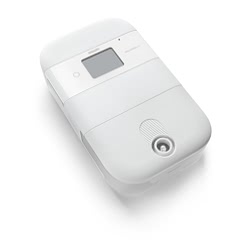 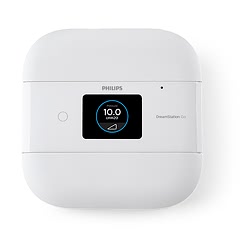 "I’ve been using a this CPAP machine for almost 1 week. Very quiet, user friendly and simple. The screen is bright, clear, & easy to read & use the controls. The unit is lightweight and easily movable. CPAP.com beats the insurance and local supplier pricing."

"Replaced an original comfortgel with a comfortgel blue. I like the new forehead pad better than the old and the new gel is softer to the face than the old. I actually like the direction of the exhaust from the old exhaust ports better than from the new one. Otherwise, as to fit and leaks, seems equivalent to the old one."

"I stumbled onto these filters while surfing the site and figured I'd give them a shot. My breathing is consistently better through the night when I have the filter in place. There's no change in performance in my CPAP either so you don't even know they're in place. They're great."

"In my line of work I meet lots of CPAP users, and am amazed at the number of nasal device users. Being a long time mouth breather, or so I thought, I have been using a full mask. I decided to try this unusually designed mask. I figured "Why not?". The mask is incredibly light, you can wear eyeglasses if you need to. Top of the head hose swivel is actually less trouble than the mask hose was. Now, I have discovered less mask leaks and get better scores using this mask. The sizing template was very helpful for nose piece. The large frame fit my 7 7/8 head perfectly."

How do I know which machine to get?

Will my old RX work for purchasing?

How does insurance billing work?

What are the top rated machines?

CPAP.com is a family owned and operated business dedicated to providing Sleep Apnea equipment to those who need sleep therapy.

While you may find the information provided on this site helpful, please understand that it is not in any way intended to replace the advice of a physician or medical professional. If you're concerned about your health or worried about specific symptoms, please consult a doctor. If you have additional questions about our site, please consult our User Agreement for more information.