After using your CPAP machine overnight, do you sometimes feel bloated? The cause may be aerophagia, a condition that happens from swallowing air while getting your CPAP therapy. Did you know that BiPAP machines can be used to help relieve the symptoms of aerophagia? This article will show you how some people are having success with BiPAP machines as a way to prevent aerophagia, creating a more restful sleep.

Since it was first introduced in 1980, continuous positive airway pressure, or CPAP, has revolutionized the treatment of Sleep Apnea, reducing the serious risks associated with the condition as well as helping millions of men and women get restful, restorative sleep. Still, as helpful as CPAP therapy can be in alleviating the symptoms of Obstructive Sleep Apnea and ensuring normal breathing during sleep, the therapy does have a few side effects – and sometimes, those side effects can be bothersome enough to interfere with the therapy itself.

Getting used to the feeling of the mask is one side effect that most patients are able to overcome with just a little patience. But other CPAP side effects can be more long-lasting – and more uncomfortable. One of the most annoying CPAP side effects is aerophagia. 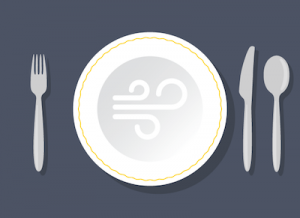 Aerophagia is a condition that occurs when air enters the gastrointestinal tract, including the stomach and intestines. As air builds up, it can cause considerable discomfort in the belly and bowels. The most common symptoms of aerophagia include:

Anyone can experience aerophagia, including people who aren’t using CPAP and people who don’t have Sleep Apnea. Aerophagia can also occur if we eat too quickly and swallow a considerable amount of air along with our food. It can also occur when we talk while we eat if we’re breathing heavily from anxiety or exercise, or even as a side effect of smoking. In these instances, modifying our habits – eating more slowly, giving up smoking and avoiding talking while eating, for instance – can reduce symptoms and eliminate the problem entirely. But for those using CPAP, aerophagia typically occurs as a result of the therapy itself, as air from the CPAP machine enters the esophagus during sleep, resulting in bloating, discomfort and other symptoms. 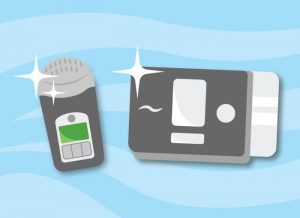 Aerophagia doesn’t occur in all people who use CPAP, but it’s not an uncommon side effect either. And for those who experienced aerophagia – especially on a regular basis – as a result of their CPAP therapy, it can become a serious problem, not only interfering with quality of life, but also making it far more likely the patient will stop using their CPAP machine or use it only intermittently, significantly increasing their risks of apnea-related health problems.

In some cases, aerophagia symptoms may be eliminated by adjusting the machine’s pressure – either increasing it or decreasing it, depending on your symptoms – or by using a different mask, especially if you tend to be a mouth-breather and your machine is equipped with a standard nasal mask. But for many patients, aerophagia symptoms persist despite these changes.

The good news: A recent study published by the Sleep Research Society shows that for patients who suffer from aerophagia, the solution could be as simple as swapping out the CPAP machine for a BiPAP machine.

In their study, the researchers looked at a group of 14 patients who used CPAP and experienced aerophagia regularly as a result of their therapy. When these patients were “switched” from CPAP to BiPAP, nearly all of them – roughly three-quarters – experienced resolution of their aerophagia symptoms. What’s more, the mean number of apnea events (designated by AHI or apnea-hypopnea index) also decreased, from 7.25 (indicating mild apnea) to 2.71 (indicating normal). 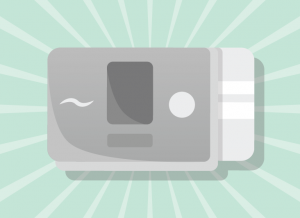 Why is BiPAP associated with fewer symptoms of aerophagia? The study results suggest it most likely has to do with the way air is delivered during therapy. Just like CPAP, BiPAP is designed to provide positive airway pressure to help keep the airways open during sleep. The primary difference between CPAP and BiPAP is the way the airflow is delivered to the patient.

While a CPAP machine delivers a steady stream of air at roughly the same pressure level, regardless of whether you’re inhaling or exhaling, a BiPAP machine automatically senses inhalation and exhalation, adjusting the airflow and pressure to suit. That means that when you exhale, the machine adjusts airflow automatically, decreasing the airflow while still providing enough pressure to prevent the airway from collapsing. As with CPAP, BiPAP settings can be adjusted specifically for each patient to decrease apnea events while also optimizing airflow for maximum comfort.

For people suffering from aerophagia as a side effect of CPAP, the bilevel delivery system of the BiPAP machine means there’s less air being “pumped in” during exhalation – and that means it’s less likely air will enter the esophagus instead of the trachea, or windpipe.

Is BiPAP right for you?

Every medical treatment has one thing in common: In order for treatment to be effective, you have to be compliant. If you suffer from aerophagia symptoms or if you have other issues with your CPAP therapy, call your doctor’s office and schedule an appointment to learn about options that can make your therapy more comfortable – and more effective. Sometimes, the solution you need could be as simple as a pressure adjustment – other times, a different mask or an entirely different machine may be just what you need.

21 thoughts on “BiPAP May Offer Relief for Aerophagia Sufferers”