Is There a Link Between Early Onset Dementia and Sleep Apnea?

If you suffer from sleep apnea, you are most likely familiar with the brain fog, excessive daytime sleepiness, and other mental and cognitive symptoms that come with this sleeping disorder.

However, new research is indicating that chronic sleep apnea may cause ongoing issues, as well. A recent study showed evidence of a link between sleep apnea and early-onset dementia.

People with Obstructive Sleep Apnea showed brain changes that were similar to those of people suffering from the early stages of dementia. While a causal link has not been established, the connection between sleep apnea and dementia is becoming better understood. Over time, research in this area may help people reduce their risk of dementia. 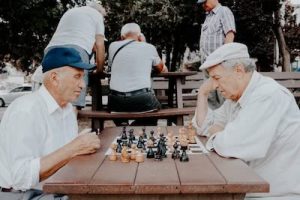 Can Sleep Apnea Affect Your Memory?

When you have sleep apnea, it is not uncommon to wake up in the morning feeling fatigued, even when you have gotten a full night’s sleep. Other sleep apnea symptoms can include depression, irritability, headaches, and mood swings, none of which are good for your mental acuity.

Effects of untreated sleep apnea over time can include serious cognitive impairment. In many people, sleep apnea can lead to insomnia and sleep deprivation. According to studies, being awake for 20 consecutive hours or more affects the brain as much as having a 0.10 blood alcohol content. Poor sleep quality can also cause issues with cognitive function, including the ability to form new memories. In the sleep apnea study, researchers found that people who had low levels of oxygen in their blood had reduced thickness in the temporal lobes of their brain. These regions are important in memory. People who have dementia also have reduced thickness in these areas. 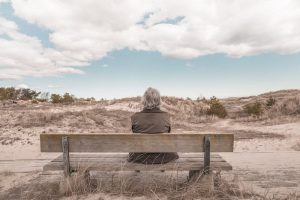 Is There a Link Between Sleep Apnea and Dementia?

Researchers in Australia recently performed a study on sleep apnea and dementia that involved older adults. These individuals had all recently visited their doctors concerning issues with memory or mood, but did not have a previous sleep apnea diagnosis. During the study, researchers performed tests to assess the participants’ memory skills. Each participant was given an MRI scan that measured different parts of their brains. Then, the participants attended a sleep clinic where they were monitored overnight to look for signs of sleep apnea. The test measured brain activity and measured oxygen levels in the blood throughout the night.

What researchers learned was that the patients who had signs of Obstructive Sleep Apnea also had signs that pointed toward dementia. These signs included changes in the brain in areas that affect mood, memory formation, recall, and other areas. 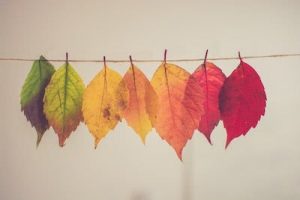 Sleep apnea and vascular dementia are likely linked through reduced oxygen levels. When someone has sleep apnea, their breathing is interrupted due to obstructions in the airways. These interruptions in breathing can sometimes occur hundreds of times a night. The result is less oxygen in the blood, which could leave brain tissue vulnerable to damage.

Once the brain damage that causes dementia occurs, it is not reversible. However, doctors have had some success in slowing the progression of dementia. Since between 30 and 50% of the risk for dementia is linked to modifiable risk factors that include obesity, inactivity, hypertension, depression, and possibly also sleep apnea, addressing those could help halt the advance of dementia in some patients.

It’s well established that effective sleep apnea treatment can allow you to get better quality sleep each night. And, better sleep means better memory and sharper cognitive skills. Evidence that the benefits of treatment can extend to reduced dementia risk continues to mount. Experts are studying the potential for CPAP machines can prevent cognitive decline in those who are considered at risk for age-related dementia. With a good diagnosis and effective treatment, you may be able to protect your memory and brain health well into old age.

23 thoughts on “Is There a Link Between Early Onset Dementia and Sleep Apnea?”