The process of normalizing sleep apnea starts with what we see on our television and film screens. We are able to disconnect from stereotypes when sleep apnea and the use of CPAP equipment steps into the spotlight. By separating from the sleep apnea stereotypes, we can work to start conversations within society, between you and your doctor, or even inside your home.

Keep reading to find out if your favorite television show or film has helped to normalize sleep apnea!

Joey enters the world of sleep studies when Chandler is at his wits end with Joey’s snoring. According to the Cleveland Clinic, a common misconception surrounding sleep apnea is that it’s composed entirely of older men who snore. Joey breaks that sleep apnea stereotype by being a young man in his twenties, normalizing sleep apnea in younger men and raising awareness for sleep apnea in the younger population.

Angela in The Office 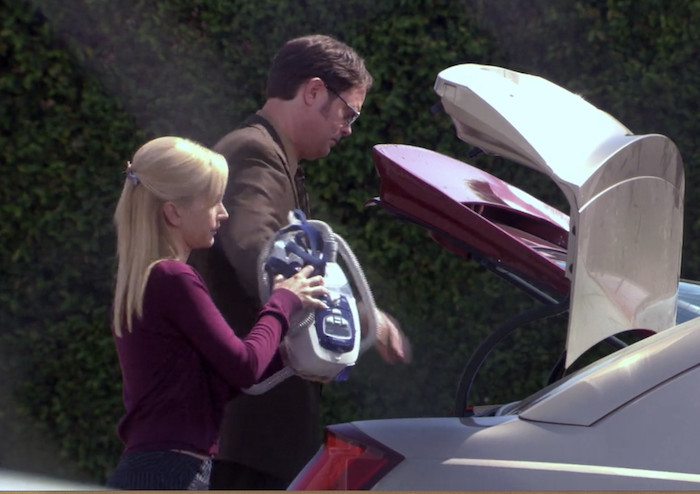 Did someone say normalizing CPAP usage for women? Angela did. A recent study demonstrates that one in four women in the United States are at risk for sleep apnea. If you experience frequent daytime sleepiness, trouble concentrating, or morning time dry mouth or sore throat, you may be at risk. The Office displays instances of real work and daily life scenarios, and Angela’s relaxed attitude towards getting her CPAP equipment back raises the bar for CPAP normalcy.

Junior in The Sopranos

Junior Soprano’s CPAP experience helps to take away some of the fear surrounding the sleep apnea diagnosis process. Junior is diagnosed with Obstructive Sleep Apnea. He is shown being fitted for his mask by his doctor and trying on his mask with a nurse. She claims that his mask will keep his airway open while he is catching some zzz’s. By highlighting the CPAP mask process in a show surrounding American gangsters, sleep apnea is shown to not discriminate based on age, gender, race, occupation, etc. 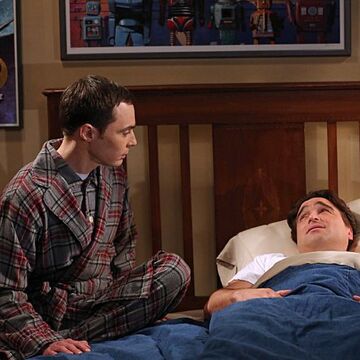 Anita DeMarco in Orange Is the New Black 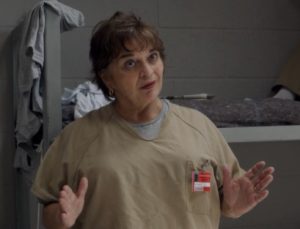 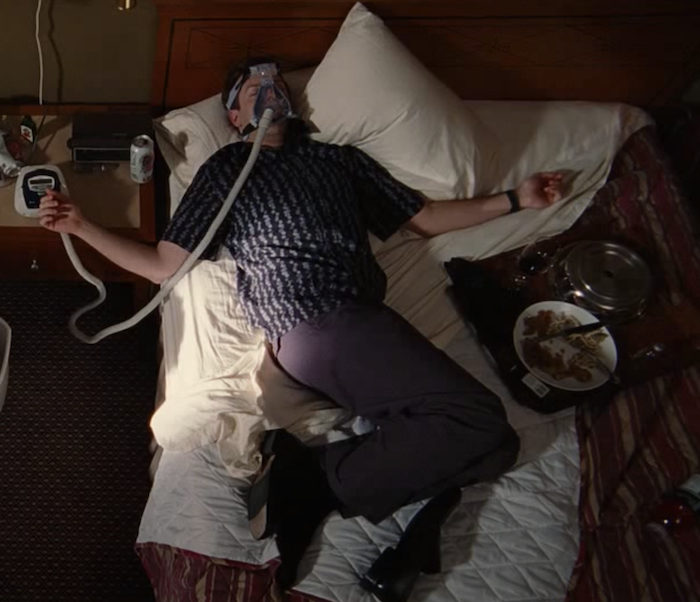 Fred in Hall Pass shows that even with a marital hall pass, he still has his CPAP equipment in tow. The use of CPAP equipment normalizes the idea that your therapy can follow you wherever you go. Even on his night out on the town with his best friend and staying the night in a hotel, Fred is shown wearing his CPAP mask and getting his best sleep.

Amy Poehler’s character, Abby in Wine Country demonstrates the importance of taking your CPAP with you (even on your girl’s or guy’s weekend)! Amy explains her love for her CPAP equipment to NPR by saying, “Yeah, I don’t know about your listeners, but anybody who’s out there who has a snoring problem or sleep apnea, I’m telling you … I would love to get you into a CPAP today is what I’m trying to say. It has completely changed my life. Truly. I’ve always been a terrible sleeper. I performed most of my career incredibly sleep-deprived. And when I—really, it’s the best thing I’ve ever done for my health. So yeah, much like my friend Bradley Cooper, who used his real dog in A Star Is Born, I used my real CPAP machine in this movie.” Abby’s character normalizes the use of CPAP equipment. Make Amy Poehler proud by packing your travel machine before you go!

Oh, and by the way, Amy, you win the CPAP grammy in our book!

It’s time to say goodbye to CPAP stereotypes and hello to normalizing sleep apnea. We can start by thanking the television shows and films that are shining a light on sleep apnea. CPAP users you’re not alone!

Comment below your favorite TV show or film that displays sleep apnea therapy.