How CPAP Therapy Changed the Life of a Professional Baseball Player 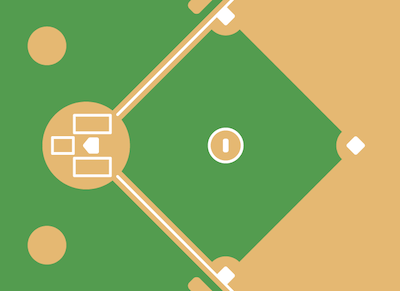 Does CPAP therapy work? There are countless stories of CPAP users having dramatic improvements in their lives after getting diagnosed with Sleep Apnea and subsequently starting CPAP therapy. One success story took a national spotlight this weekend in one of the biggest sports in the world.

From Loud Snorer to CPAP User

Josh James is a 25-year-old pitcher in the Houston Astros system. He was drafted by Houston in the 34th round of the 2014 draft and joined along with other prospects in the lower teams of the Astros farm system. This meant being on the road and sharing rooms with other players, which for James, resulted in him getting a reputation for his snoring. In 2015, a teammate suggested he see a doctor to get his snoring checked out. James would finally see a sleep specialist between the 2016 and 2017 seasons after having a rough year where he saw decreased performance, increased fatigue, and weight gain. That was when James would find the key to turning his career around: getting better sleep.

Josh was diagnosed with Sleep Apnea. Sleep Apnea is a condition in which the muscles of the mouth and throat relax during sleep, causing a temporary blockage of the airway. This only happens while the person is asleep, and when the person wakes up, the muscles stiffen, allowing normal breathing.

Instead of undergoing surgery, Josh opted to start CPAP therapy. CPAP therapy counteracts the effects of Sleep Apnea, by using gently pressurized air to open the airway so that much-needed oxygen can reach the lungs. CPAP therapy works by using a special machine to pressurize the air and then send it to the airway by using a mask that connects to the nose or mouth.

Being a dedicated CPAP user meant Josh had to take his CPAP machine and mask with him as he traveled, even using it on the team bus at times. The difference became apparent with James, who started to have more energy and perform better on the field. He quickly rose in the ranks of the Astros minor league teams, and in 2018 made it to the top, the AAA Fresno Grizzlies. After notching an impressive 133 strikeouts for the Grizzlies over 92 and two-thirds innings pitched, and with the big league team needing a pitcher to fill in for an empty spot in their rotation, Josh got the call he had been waiting for: he was moving up to the MLB.

In his first MLB start on Saturday, James was lighting up the radar gun with fastballs exceeding 100 mph, a velocity he was never able to reach before starting using CPAP. Josh would go on to have a fantastic debut for the Houston Astros, going five strong innings during which he notched an impressive nine strikeouts against a tough offense in the Los Angeles Angels, including striking out arguably the best player in the game, Mike Trout1.

James’ story goes to show just how vital sleep is to our lives, and how detrimental it can be if sufficient sleep is not achieved. Getting diagnosed and starting CPAP therapy isn’t always the easiest or most comfortable, but the life improvements that come as a result of successful therapy are more than worth getting started on the journey and sticking with it.

Consider signing up for CPAP.com’s newsletter so you never miss a coupon or sale! Signing up is easy and will save you money. We also sometimes feature new blog content on our newsletter, so you’ll be able to stay informed with the latest in CPAP therapy news.