The Symptoms, Causes, and Treatments for Restless Leg Syndrome 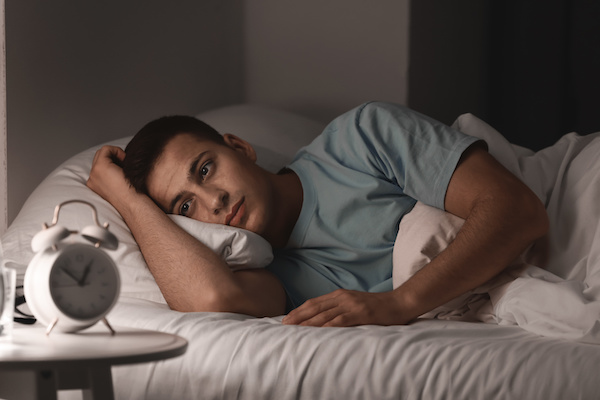 You’ve started to notice that sleeping at night is not as comfortable as it used to be. In the past, bedtime was an opportunity to give your body a break. But, these days, your legs seem to feel even more restless the second you lie down.

However, what you’re facing is not just your imagination—it’s truly in your legs. It’s called restless leg syndrome (RLS), which is a movement and sleep disorder that affects between 5% and 10% of adults across the United States.

RLS is a neurological disorder that can lead to daytime sleepiness and exhaustion, which can strongly impact your performance at school or work, your personal relationships, your concentration, and your mood.

Let’s take a look at the symptoms, causes, and treatments for restless leg syndrome.

What Is Restless Leg Syndrome?

Restless leg syndrome is a medical condition where you feel uncomfortable or unpleasant sensations in your legs. These sensations are felt deep in your legs and cause you to want to keep moving your legs when you are sitting or laying down.

Walking or moving your legs will usually relieve your discomfort. However, the unpleasant sensations typically recur as soon as your movement stops. Why? Because the symptoms of this neurological sensory disorder are generated from within your brain—not from your legs.

In fact, research shows that individuals with RLS symptoms have structural changes in their brains’ somatosensory cortices, which is the area of your brain in which sensations are processed.

You will typically feel these sensations at nighttime or during the evening as that is when you are resting. However, you may also feel this urge to move when you are sitting or inactive for long periods of time.

Also, you can develop RLS no matter how young or old you are. However, it usually gets worse the older you become.

The same study also showed that the participants’ levels of serum ferritin—an iron-containing protein—decreased with age. Specifically, the number of patients whose serum ferritin levels were under 50 ng/ml rose significantly with older age.

This indicates that iron deficiency—due to inadequate absorption or intake—is linked to RLS. Specifically, iron deficiency has been known to cause RLS or even worsen it, which is true even if you are not necessarily anemic.

You might be iron deficient and not realize it if any of the following are true for you:

Research also shows that a link exists between RLS and sleep apnea. Specifically, people who have severe RLS usually have higher Epworth Sleepiness Scale (ESS) scores. The higher your ESS score is, the greater your daytime sleepiness level is.

In other words, RLS can disrupt your sleep and thus cause you to wake up feeling groggy and unrested. The feelings associated with being perpetually tired can interfere with the activities you complete each day.

The uncomfortable sensations associated with RLS—such as your legs throbbing, moving, or itching—happen due to the dysfunction of one of your brain’s sections. This brain section, your basal ganglia, uses a brain chemical called dopamine to control your muscle movement and activity.

Dopamine is essentially a messenger between your nervous system and your brain, which helps your brain to coordinate and regulate movement.

If your nerve cells are damaged, the amount of dopamine in your brain decreases, leading to involuntary movements and muscle spasms.

Your levels of dopamine naturally fall in the evening time, which may explain why RLS symptoms are usually worse at night.

Note that over time, the severity of your RLS symptoms may fluctuate as well. For instance, the symptoms might disappear for a certain length of time and then return.

But, what triggers restless leg syndrome? In some cases, RLS is hereditary, particularly if you are suffering from it before the age of 40.

In addition, hormonal changes or pregnancy could worsen RLS symptoms temporarily. As a matter of fact, you could have had your first taste of RLS during pregnancy—specifically in the last trimester but typically disappear after delivery.

In addition, your RLS might accompany conditions like peripheral neuropathy, which is a condition characterized by damage to your feet or hand nerves due to alcoholism or diabetes, for example.

Additional examples of neuropathies include the following:

What is the best home remedy for restless leg syndrome?

Lifestyle changes may be the first step. For instance, you should exercise regularly and follow a specific sleep schedule. You also need to avoid tobacco, caffeine, and alcohol.

You can also treat RLS by placing ice packs or heating pads on your legs. Hot baths and leg massages may also help.

Your doctor might also recommend that you take iron supplements.

Restless leg syndrome can be a hindrance to good sleep. RLS can lead to interruptions in your sleep stages, which will leave you feeling tired and unproductive throughout the day. Talk to your doctor about finding a restless leg syndrome solution to be on your way to peaceful nights of sleep.