Dr. Stringfellow Answers All Your Questions About Sleep Apnea

Do you worry that you may have Sleep Apnea? Are you unsure what to ask your doctor? In this article, we asked a Board Certified Sleep Physician, Dr. Amie Stringfellow, some of the most common questions about Sleep Apnea, to help our readers begin their journey to better sleep health.

What is Sleep Apnea?

Sleep Apnea is a collapse of the airways that occurs when an individual is sleeping. Sometimes it’s a partial closure and sometimes is a complete obstruction. Both can affect the individual’s ability to breathe while asleep.

Is it normal to stop breathing while sleeping?

No, it’s NOT normal to stop breathing while sleeping.

Is snoring the same as Sleep Apnea?

No. Snoring can be a symptom of Sleep Apnea, but it can also occur on its own. Snoring is the sound that is made when the airflow through the airways becomes turbulent and causes the soft tissue in the airway to vibrate. That’s the noise we hear as snoring, and it can happen without the airway narrowing. With snoring alone, the only side effect may be the irritation of the person’s bed partner.

When the airway is narrowed as with Sleep Apnea, you may hear some of the same vibrations. Having a sleep study is the only way to know for sure if your snoring is due to Sleep Apnea. 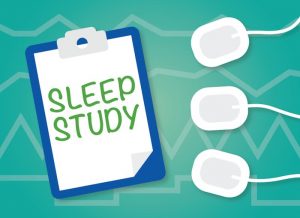 A sleep study is a way for doctors to take a look at what’s going on with an individual during their sleep. There are a few types of sleep studies, and each one looks at different aspects of sleep. One of the most common things we look at is how the individual is breathing while they sleep. This can either be done in a sleep lab, which gives us a much better and more complete picture or at home. The cost of an in-lab study is usually around a $1,000, but what you actually pay out of pocket depends on your insurance.

Home sleep studies are done via a monitor that is worn at home. Home sleep studies (or HSTs for short) are more affordable, typically priced at only $200 to $300 depending on facility. Your insurance may cover most of this cost. The Home Sleep Test can only diagnose Obstructive Sleep Apnea – it doesn’t provide information on brain wave activity or leg movement as an in-lab test will. A Home Sleep Test really only monitors breathing patterns and oxygen levels. It’s a more limited study, but if a patient is only concerned about Sleep Apnea, it’s good for the vast majority of individuals. 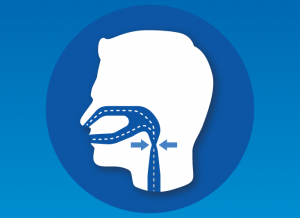 Many people think that weight is the only underlying cause of Sleep Apnea, but that’s simply not the case. A big part is airway structure, and that comes from our genetics. Added weight makes the problem of having a narrow airway even worse, and can be the precipitating factor in developing Sleep Apnea.

So when folks have a naturally narrow airway, gaining weight makes their Obstructive Sleep Apnea worse. But, if a person is able to lose weight, Sleep Apnea can become less severe. It’s important to note too that losing weight doesn’t “cure” Sleep Apnea. Losing weight can mean fewer apneas and that your blood oxygen doesn’t drop as low, but it’s not the same as a cure for Sleep Apnea.

Sleep Apnea isn’t an inheritable disease in the sense that there isn’t a “Sleep Apnea gene”. However, in the same way, you may look like a parent or a sibling, you may too inherit a smaller airway which could increase your likelihood of having Sleep Apnea. A smaller airway determines if an individual is more inclined to have a collapsing airway while sleeping. Remember, Sleep Apnea is just the airway closing while an individual sleeps, creating a partial or complete blockage. So, when a patient has a first degree relative with Sleep Apnea; a parent, child, or sibling — the risks of having Sleep Apnea increases by 50%. 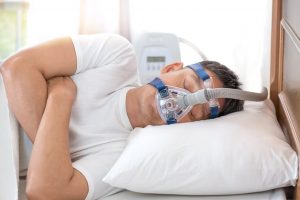 What problems does Sleep Apnea cause?

When Sleep Apnea is left untreated, Sleep Apnea can cause a lot of complications for a patient. It significantly disrupts an individual’s sleep and can make them feel very tired in the morning and during the day. It causes fatigue, with not a lot of energy and can make it hard to get going in the morning. It’s a feeling some people describe as “running on fumes”. In some individuals, particularly children, it can cause symptoms similar to ADD. They may notice having a hard time completing tasks, paying attention, or focusing on things they are trying to work on.

In the long run, untreated OSA can contribute to much more significant issues, such as:

If we can treat the Sleep Apnea well, then we can better minimize these issues, and then overcome some of the more short-term symptoms. Long-term effects can make other existing conditions worse – like anxiety, depression, and migraines too. It’s important to point out that Sleep Apnea carries with it an increased cardiovascular risk. Successful treatment helps minimize this risk.

Sleep Apnea is a very serious condition. In the long run it can cause a lot of problems with a patient’s health. There have been a few instances of deaths attributed to Sleep Apnea, but these cases are pretty rare. In most of those cases, the untreated Sleep Apnea caused an abnormal heart rhythm and the actual cause of death is related to heart issues caused by the sleep apnea and not the sleep apnea itself.

For most people, there is no one cure for Sleep Apnea. The best thing we can do is treat it and stop the symptoms from being a problem. CPAP therapy is a treatment that lessens the impact of the condition, but it is not going to cure the underlying Sleep Apnea. In some patients, there are cures. For some patients with really large tonsils, removing those and the adenoids can reverse Sleep Apnea. For others, it’s due to weight, and weight loss can cure it — but this is rare. For the vast majority, day-to-day management is the only solution.

How common is Sleep Apnea?

Sleep Apnea is fairly common. In North America, the prevalence is 20 to 30% in males and 10-15% in females. The other thing I like to point out in regards to this is that Obstructive Sleep Apnea is more common in males. However, research suggests that when women reach menopause, their occurrence of OSA is equal to males. When hormones change, and estrogen thins out, that tends to affect muscle tone and can increase the risk of Sleep Apnea, especially if airways are already on the narrow side. These changes mean the airway is just more likely to collapse, causing Sleep Apnea.

What Your Doctor Should be Asking You if You Think You Have Sleep Apnea?

In a busy world, it’s not unusual to be a bit sleep deprived. If you’re getting over seven hours of sleep most nights and are still feeling sleepy during the day, consider contacting your doctor. Especially if you’re snoring. Consider reviewing this checklist below and bringing to your doctor, to kickoff the conversation.

Dr. Amie Stringfellow is board certified in Sleep Medicine, Internal Medicine and Pediatrics. Her practice, Milepost Medical, offers “Direct Primary Care” which means she operates on an affordable direct pay model which doesn’t go through insurance. When it comes to treating Sleep Apnea, Doctor Amie said, “I’m both doctor and patient. I actually have Sleep Apnea, and I know exactly what patients go through.”

Get The Gift of Sleep
Cyber Week Sale Extended! 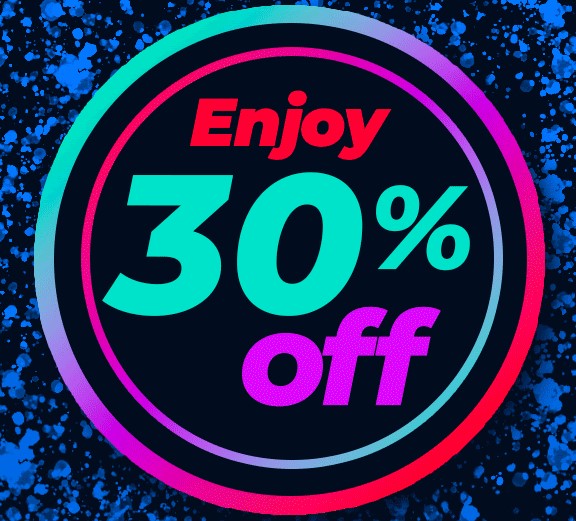 14 thoughts on “Dr. Stringfellow Answers All Your Questions About Sleep Apnea”