Air Quality and Health Outcomes: Is The Air Making You Sick? 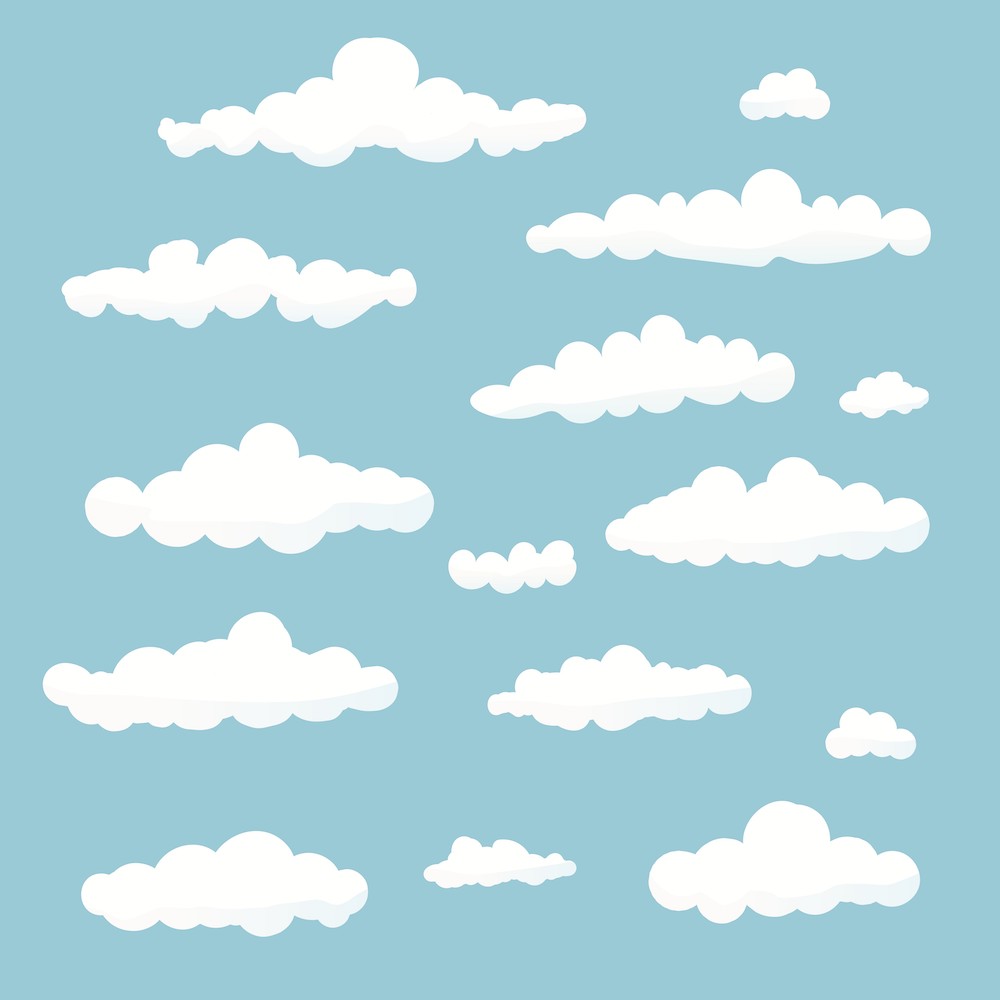 While pursuing a desirable job in a warm, promising city like Los Angeles or Phoenix sounds like a great idea, people looking to relocate may also want to add air quality to their list of criteria.

Using the most recent datasets available from government sources—such as EPA Air Quality Index Report and the CDC’s Behavioral Risk Factor Surveillance System (BRFSS)—we explored air quality in all 50 US states. Our findings are laid out in interactive maps and graphs that indicate what the air quality is like in your chosen cities. Our research doesn’t end there. You’ll also learn which air pollutants plagued each city when we compiled our data. Lastly, our research shows the interesting correlations between air quality, overall health, and income level.

From Sea to Struggling Air

Following close behind California, states in the Rust Belt—Illinois, Indiana, Ohio, and Pennsylvania—scored high for poor air quality, with Pennsylvania and Illinois both standing at a 6 on our scale. And although tourism is steadily increasing in Alaska, its air quality could use a refresher (it also scored a 6).

Enough bad news. For those looking to breathe easy, the best places to go include Vermont, New Hampshire, North Dakota, South Dakota, and Wyoming. These states barely made it on the scale—each scored a 1.

Do You Know What’s in Your Air?

What makes the air in one state superior to another? If you guessed that cities with a higher population of bike-riding residents tend to have better air quality, you’re not exactly wrong. However, there are other factors to consider. Vehicles like cars, trucks, and buses tend to use fuel, and that fuel emits nitrogen dioxide (NO2) into the air when it burns. Prolonged exposure to nitrogen dioxide is harmful to both humans and our environment and is especially dangerous for those who have lung disease.

When looking at locations with a high volume of nitrogen dioxide, we turned our attention to the metropolitan area of Augusta-Waterville, Maine, where residents experienced 114 bad NO2 days in 2018.

According to the US Energy Information Administration, another gas in the air to be wary of is sulfur dioxide (SO2). SO2 emissions are generated at power plants scattered throughout the United States. It doesn’t come as a surprise that cities with and near our largest electricity sources ranked high for SO2. Cumberland, Maryland-Virginia; Point Pleasant, West Virginia-Ohio; and Warren, Pennsylvania, topped the charts with 365 bad sulfur dioxide days in 2018. Ogdensburg-Massena, New York (359); Borger, Texas (358); and Hilo, Hawaii (221), also made the most dangerous list for SO2 emissions. Why should residents in these regions be concerned? Exposure to SO2, even in the short-term, can harm the respiratory system, making it difficult to breathe. This is especially concerning for children, the elderly, and people who already have difficulty breathing because of disorders like sleep apnea.

How Bad Is Below “Good”?

Our findings show that, on average, US cities experienced 266 “good” air quality days. Using the Air Quality Index (AQI), which runs from 0 to 500, we know that the EPA starts to keep a special eye on the air quality when it reaches 51 API and above. Anything at or below 50 is considered “good” quality air, which means breathing it in poses little to no health risk.

According to our findings, US cities experienced 80 days below “good” air quality in 2018. That tells us that, on average, the air quality was acceptable, but it did contain threatening pollutants. Of those 80 days, 6 days, on average, proved to be “unhealthy for sensitive groups,” which means “people with lung disease, older adults and children [were] at a greater risk from exposure” to pollutants. People living in cities only experienced an average of one “very unhealthy or hazardous” air quality day in 2018.

Although most US cities averaged 266 “good” air quality days, when looking at the 100 largest cities, our study concluded that 6 cities in California struggled to make that list. Honolulu, Hawaii, however, topped the list with 358 “good” quality air days in 2018. Lubbock, Texas; Charlottesville, Virginia; and Lincoln, Nebraska, followed close behind.

Health of the Air

So we know that California has poor air quality, but what does that mean for the people living in its cities? According to the World Health Organization (WHO), “An estimated 4.2 million premature deaths globally are linked to ambient air pollution.”

Wyoming’s population is mostly healthy: 53% of the people there were in “good” or “excellent” physical health, and its air quality scored a 1 on a scale of 1 to 8 (with 8 being the poorest air quality). New Jersey followed close behind with a similarly low air quality score and 51.9% for its health score.

Is It All in the Air?

Heavily polluted air comes with drastic health consequences. According to The Guardian, residents living near St. John the Baptist Parish, Louisiana where there are more than 150 chemical plants and oil refineries (over an 85-mile stretch), have experienced cancer at a higher rate than other Americans.

When we considered poor health outcome, Arkansas alarmed: People in the state experienced 5.1 bad mental health days each month, while its air quality scored 5.7 out of 8 for pollution. Oklahoma saw 237.2 cardiovascular deaths per 100,000 residents in 2018. And a surprising fact: Despite California’s poor air quality, there seemed to be a weak correlation between how the state’s residents faired and its air pollution. However, we found that 34.5% of Californians are getting insufficient sleep. People living in Hawaii topped the chart; 42.8% of Hawaiians don’t get sufficient shut-eye.

As noted, there are strong associations between polluted, harmful air and overall health, and it doesn’t stop there. Air pollution is also associated with high rates of poverty and low public health spending. The states whose governments spent less than $100 per resident in 2018 also found their way at or above the median for poor air quality.

California’s bad air quality proved to be surprising throughout our research, and our findings showed that 31.8% of the state’s population lived in low-income neighborhoods in 2018. Conversely, less than 5% of residents in Vermont, North Dakota, and New Hampshire lived in low-income neighborhoods—these three states also scored high for good air quality.

Our research makes one thing clear: Many of our cities need better air quality control, but most American states aren’t quite in the red yet. As new generations of people find their way to exciting states in search of employment, good weather, and a thriving community, they may want to consider how easy breathing will be. Families with young children and people with delicate health may find that it’s best to settle down in those small, tree-covered towns after all.

For those looking to breathe easy from anywhere in the United States, start with CPAP.com. We’ve got the latest and best equipment in stock to meet your sleep apnea needs. While you may be unable to avoid living in or traveling to areas with particularly bad air quality, you shouldn’t have to worry about the state of your CPAP treatment. Our high-quality CPAP machines and filters help keep the air you breathe clean. Whether you’re in the mountains or the Rust Belt, we’re here to take sleep apnea worries off your hands.

This report made use of several data sources for analysis. Specifically, we used the EPA’s Air Quality Index Report to get state and Census Bureau statistical area data for air quality in 2018, as well as historic EPA data from 2015 to 2018 for state-level averages used throughout the project. Additional data was taken from the Behavioral Risk Factor Surveillance System (BRFSS) from the CDC and various tables from the US Census Bureau. All datasets used in the project were the most recent available from their sources and, in all cases, were from 2017 to 2019.

Initial exploratory data analysis was performed in Python v3.7.1, utilizing several of its core libraries. All significance testing was completed using the Pearson product-moment correlation coefficient calculation in the Pandas library of Python. In all comparisons reported here, correlations were statistically significant. It is important to note, however, that significant correlations only indicate a mathematical relationship and do not imply causation. In the case of 2018 EPA Air Quality Index reports referenced on the interactive map and table, these results are presented as simple rank data and, since they were not directly compared aside from ranking, did not undergo the same statistical testing as that which was run on correlations.

Like good news about a thriving city with clean air, we want you to share our research. However, we do ask that you share this material and our graphics for noncommercial purposes. When you do share, please cite the authors and link back to this page.