A True Story: When a Loved One Struggles With Sleep Apnea

I’m Heather, and my spouse Mike* would snore all night long. It was unbearable. He’d have these never-ending bouts of snoring, and I’d have to nudge him (I say nudge, but the “nudges” became more pointed as the night wore on) to stop the room-shaking noise for a minute or two. There were times when I couldn’t get him to stop snoring no matter how much I nudged him, and many nights ended with me putting a pillow over my ears to deaden the noise. As you can guess, this was not a recipe for a good night’s sleep.

Sometimes he’d wake up with a jolt and act disoriented, causing me to wake up quickly, too. I’d look at him and say, “Are you okay? What happened?” though I already knew the answer. It was almost like he was having a panic attack, and these episodes would often come several times a night. He later visited a doctor and was diagnosed with high blood pressure and put on meds. This did nothing to address the sleep apnea symptoms, but it helped his blood pressure and made both of us feel a little better about his health. I was honestly still very worried, and since we were both waking up really tired each morning, we knew something else had to be done.

Then, Mike had a sleep study done. The findings? He had sleep apnea! After the diagnosis, our doctor helped us understand how to treat sleep apnea. Mike began wearing a full-face mask (he breathes through his mouth) and struggled a bit getting used to the device. He’d wear it for a few hours each night and then take it off. The thing is, the longer he wore it each night, the better he felt in the morning. He eventually adapted to wearing it every night and now sleeps wonderfully.

I sleep great knowing he is sleeping well, and his heart isn’t being strained due to the OSA. His blood pressure is much better, and our doctor was able to take him off his normal medication! We both wake up feeling relaxed, refreshed, and ready to go—not tired or stressed out, like before. It’s been ten years now, and I can’t imagine him going to sleep without his CPAP device. It has truly saved us.

*Names have been changed for anonymity

Heather is a creative with an eye for detail and an insatiable love for innovative ideas. Combining creative expression with strategically driven design, she is passionate about generating relative content that explores the necessities and interests of the reader. Since being employed at CPAP.com, she has done extensive research on all aspects of CPAP therapy. Her knowledge of Sleep Apnea and CPAP therapy goes back much further, however, to when a loved one of hers was diagnosed with Sleep Apnea. Devoted to finding the best equipment and CPAP therapy practices for Sleep Apnea patients, Heather continues to gather relevant information which she meticulously curates into her writing and design.

In her spare time, Heather enjoys spending quality time with her husband, three children and puppy. Other activities she is passionate about are writing and illustrating children’s books, swimming, running, art, photography, and travel. Having traveled to many regions of the world, Heather loves exploring different cultures while visually telling their story through her dynamic photography and engaging articles. 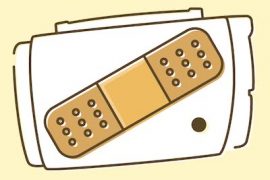 Can Sleep Apnea Be Cured? 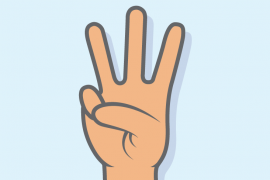 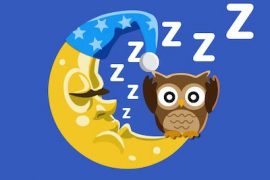