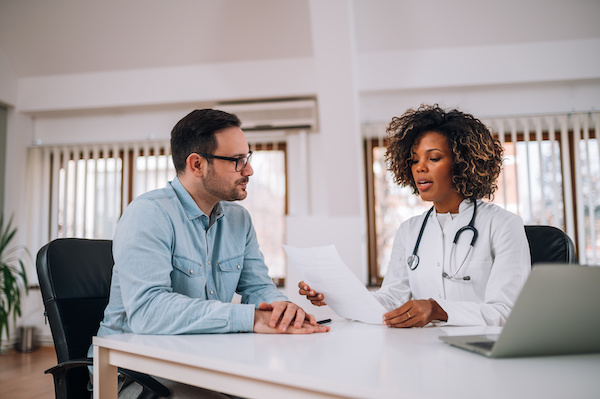 One of the most common sleep disorders in the United States, sleep apnea, can impact a person’s life in a myriad of ways. But at the same time, lifestyle choices can also have an impact on sleep apnea such as quitting smoking cigarettes.

Some medical experts have discovered a connection between sleep apnea and smoking cigarettes, prompting many to wonder, “can smoking cause sleep apnea?”

The Link Between Sleep Apnea and Smoking

To fully understand the development of sleep apnea after quitting smoking, it’s helpful to explore the different ways in which these two are related. There are three distinct types of sleep apnea, and each one is connected to smoking cigarettes in a unique way.

One of the most serious risks that those with OSA face is a temporary pause in oxygen flow. Irregular breathing patterns during sleep causes the oxygen in your blood to drop to low levels, which can be dangerous. There is a strong link between both insomnia and sleep apnea for those who smoke, putting you at a higher risk of OSA if you currently smoking.

A slightly less common form of sleep apnea is Central Sleep Apnea (CSA), which has a more critical role in brain function. If you have CSA, you are often affected by frequent pauses in your breathing during sleep due to your brain not telling your lungs to breathe. As a result, it isn’t uncommon for Central Sleep Apnea to lower your blood oxygen levels. This can lead to headaches and fatigue, which are prominent symptoms of nicotine withdrawal.

Does Smoking Cause Snoring?

According to research on the subject, there is a positive correlation between the amount of smoking one engages in and his or her risk of snoring. Snoring is often a direct result of reduced airflow to the lungs. Since decreased airflow plays a critical part in the development of sleep apnea, many medical experts have cautioned against smoking as a major risk factor for this sleep condition.

One of the most important things to keep in mind when wondering, “can smoking make you snore,” is the integral connection between smoking and Obstructive Sleep Apnea. If you decide to quit smoking to reduce your risk of sleep apnea, you can help oxygen flow more easily through your lungs and supply your brain with what it needs to thrive.

Sleep Apnea After Quitting Smoking: What to Know

The main concern surrounding sleep apnea and smoking cigarettes is, “can smoking cause sleep apnea?” However, there is also a significant focus on the opposite effect: that is, whether you can begin to develop sleep apnea after quitting smoking.

The relationship between smoking cessation and sleep apnea is a complex one. After smoking your last cigarette, you may suffer from a wide range of side effects, including tingling, nausea, irritability, headaches, and coughing. However, one of the most prominent side effects of nicotine withdrawal is insomnia.

When suffering from insomnia, you may find yourself experiencing symptoms similar to the symptoms of sleep apnea. You might have trouble staying asleep throughout the night or feel excessively fatigued in the daytime. These troubling effects might lead many former smokers to believe that quitting smoking caused more harm than good.

However, it’s vital to keep in mind that the side effects of nicotine withdrawal are merely temporary. In the long term, those who quit smoking enjoy a greater quality of life than those who maintain their habit. This is because once the side effects dissipate, particularly insomnia, you will have an easier time falling asleep while enjoying greater well-being in general.

In addition, smoking is one of the risk factors for developing sleep apnea. If you actively smoke, the symptoms of sleep apnea tend to become progressively worse until they interfere with your daily life.

When it comes to sleep apnea and smoking, these two conditions are closely related on a number of levels. The interruption in oxygen flow that typically defines OSA can be aggravated by smoking.

Once you begin making your health and well-being a priority, you are taking the first steps towards a better night’s rest.