Sleep Apnea and Stroke: What Is the Connection Between the Two? 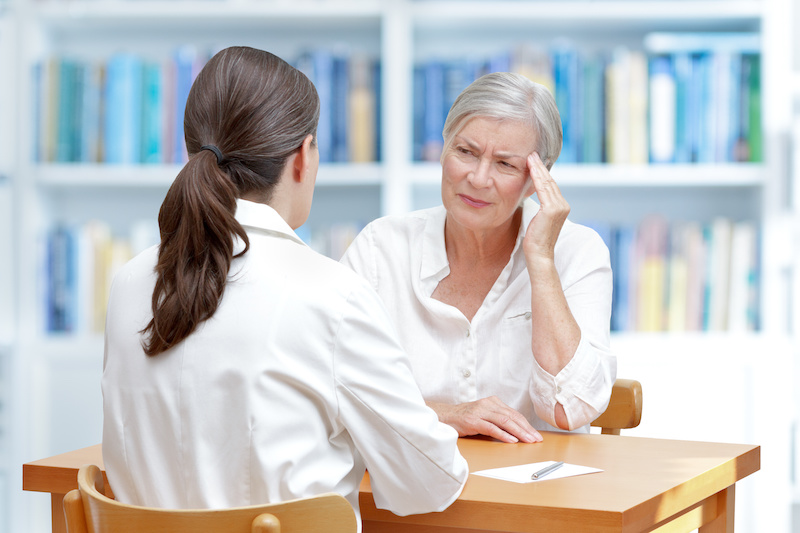 According to research conducted by the American Academy of Sleep Medicine, about 26 percent of adults in the United States are living with sleep apnea. Sleep apnea is a common sleep disorder characterized by breathing that continuously starts and stops. While there are numerous symptoms of sleep apnea, this sleep condition normally manifests in a series of symptoms such as loud snoring, difficulty staying asleep, dry mouth, fatigue, and irritability.

Unfortunately, many of those with sleep apnea do not receive the proper treatment they need to live healthier lives. Not only is untreated sleep apnea dangerous, but it is also associated with a number of serious health problems, such as Type 2 diabetes, heart disease, and stroke.

Let’s explore the relationship between sleep apnea and stroke to understand the connection.

Can Sleep Apnea Cause a Stroke?

If you’re concerned about sleep apnea stroke risk, it’s important to understand how these two conditions are closely connected. Both conditions interact in unique ways in the brain, leading them to affect one another in various ways.

When the blood vessel ruptures, it is known as a hemorrhagic stroke. An ischemic stroke, on the other hand, refers to a stroke characterized by a blood clot blocking the blood vessel.

Sleep apnea plays a direct role in both types of stroke. When your breathing is interrupted during sleep, your blood becomes deprived of the vital oxygen it needs. As a result, your brain doesn’t receive the oxygen that is required for numerous daily functions.

If your sleep apnea becomes serious enough, it may increase your risk of stroke. Prolonged sleep apnea can lead to either a hemorrhagic stroke or an ischemic stroke, depending on the form of sleep apnea and how it affects your brain.

Why Is Sleep Apnea a Risk Factor for Stroke?

To better understand the sleep apnea stroke risk, it’s crucial to familiarize yourself with the different types of sleep apnea. There are three main forms of sleep apnea, and each one is related to stroke in a different way.

Obstructive Sleep Apnea (OSA) is the most common form of this sleep disorder. It takes place when the muscles in your throat relax while you sleep, causing the tissue located in the back of your throat to collapse. The result is an obstructed or blocked upper airway.

This temporary pause in oxygen flow can be extremely dangerous for those with OSA. When your breathing pauses while you sleep, your blood oxygen levels drop significantly, which may lead to headaches or shortness of breath in mild cases. In more serious cases, extremely low levels of oxygen can raise your risk of stroke. This OSA stroke risk is a major concern for those living with untreated Obstructive Sleep Apnea.

Numerous connections have been made between the onset of Central Sleep Apnea and a heightened risk of stroke. Due to the gradual decrease in oxygen flow to the lungs, the brain’s blood supply can become interrupted, which is a major risk factor for stroke.

Complex Sleep Apnea poses a unique danger that isn’t found in Central Sleep Apnea or Obstructive Sleep Apnea by itself. Since CSAS is a combination of the two sleep disorders, it can boost one’s risk of stroke at a much higher rate than OSA or CSA alone. This is due to the blocked airways and the rapid decrease in blood oxygen levels that are present in those with CSAS.

Can You Have a Stroke in Your Sleep?

According to research on sleep apnea and stroke, many strokes can occur during sleep without you knowing. It is estimated that about 14 percent of strokes take place during sleep. Not only is sleep apnea and silent strokes a serious issue but it can also make it difficult to receive the proper treatment needed to recover and lead healthier lives.

Understanding the Relationship Between Sleep Apnea and Stroke

Many don’t immediately recognize the potential dangers of sleep apnea that goes untreated by a medical professional. Leaving Obstructive or Central Sleep Apnea unaddressed can lead to severe health problems further down the road. The disruption in oxygen flow to the brain may cause various brain damage symptoms, which is a major risk factor for stroke. Fortunately, through regular CPAP treatment, those living with any form of sleep apnea can find relief from their condition and begin to live fuller, healthier lives again.