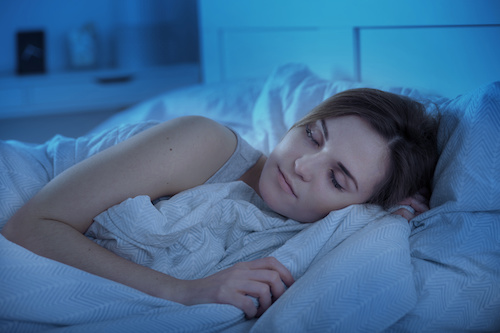 Dreams and nightmares—we all have them.

However, not many people know how sleep apnea affects our dreams. Here’s an overview of what we know and how you can understand your sleep apnea dreams and nightmares.

What Are Sleep Apnea Dreams?

If you have untreated Obstructed Sleep Apnea, you know how difficult it can be to reach the quality sleep you deserve.

That’s because your sleep is constantly disrupted due to an obstructed airway. The inability to fall into a deep sleep prevents you from going into rapid eye movement (REM) sleep, which is when most dreams occur.

Let’s look into why we dream. It’s believed that REM sleep helps us integrate emotional material into long-term memory. In short, dreams are your brain’s way of interpreting your normal life experiences and what occurs in your day-to-day life.

Sleep apnea dreams are different for all. Many of those with untreated sleep apnea don’t remember their dreams at all, which we will go over later in the article.

Can Sleep Apnea Cause Vivid Dreams?

Vivid dreams feel more like a reality than a dream. Since those with untreated sleep apnea experience a lack of sleep, they experience extremely intense dreams when they do reach REM sleep.

What Are Sleep Apnea Nightmares?

In severe cases, those with untreated sleep apnea admit they struggle with nightmares.

Those with untreated sleep apnea have periods of not breathing while sleeping. The lack of oxygen tells your brain that you’re in danger.

This is why many with untreated sleep apnea struggle with the same nightmares, which include nightmares about choking or dying.

Some with untreated sleep apnea may even have night terrors, which is when one experiences anxiety and even fear while sleeping.

You will often awaken as a result and feel afraid. You may not remember your dreams—but just know that you woke up feeling a sense of dread.

It’s important to note that not all with untreated sleep apnea experience nightmares due to sleep apnea. Sleep apnea nightmares may also be charged by negative emotions.

If you have sleep apnea and nightmares, you can get help. This study shows that CPAP machines decreased nightmares and other sleep-related symptoms.

Does Sleep Apnea Cause Bad Dreams?

Nightmares are a common side effect of untreated sleep apnea. But is sleep apnea the cause of nightmares or is there an underlying cause? Not always.

As stated previously, negative emotions may bring on a nightmare, especially anxiety and stress. Mental disorders may be a nightmare trigger.

But, there are many other nightmare triggers, including medications, hormonal changes, and even eating late at night. Some people are more prone to nightmares and night terrors, depending on their genes and family history.

You may also get easily irritated if your REM sleep is interrupted. This emotional reaction sits in your brain, causing a nightmare.

Different mental disorders can intertwine with untreated sleep apnea, increasing the risk of nightmares. For example, this study shows that 70% of veterans with post-traumatic stress disorder (PTSD) have a high risk of sleep apnea.

Sleep Apnea and Dreams About Suffocating

Out of all of the nightmares experienced by those with untreated sleep apnea, nightmares about suffocating and choking are the most common. Why do these nightmares occur?

Your dreams are the interpretations of your emotions and your daily experiences. If you have difficulty breathing while you sleep, your brain will interpret this as you’re suffocating or being choked.

Are choking nightmares always a side effect of untreated sleep apnea? Since nightmares have underlying emotional causes, this nightmare could be a sign you’re stressed.

In addition, choking is a common symptom of sleep paralysis.

Those with sleep paralysis experience a phenomenon called “chest pressure hallucinations” where they feel a weight on their chest, making breathing difficult. If this is the sensation you experience, it’s likely not sleep apnea but a different underlying cause.

One of the most common untreated sleep apnea symptoms is waking up and not being able to breathe. You may also start gasping for air, breathe fast and loudly, and feel the sensation of being smothered while you’re asleep.

Do you dream when you have sleep apnea? On the contrary, not dreaming is completely normal.

When your brain doesn’t receive enough oxygen, you instinctually wake up. Since those with untreated sleep apnea achieve very little REM sleep, they don’t enter a dreamlike state.

While you may dream, some don’t remember their dreams. Again, this ties into a lack of REM sleep.

While some experience vivid and intense dreams when they do reach REM sleep, the short REM cycle causes some to barely dream or not dream as intensely. This causes a lack of dream recall.

Sleep Apnea Dreams Are More Mysterious Than We Think

Can you dream if you have untreated sleep apnea? Yes and no.

Sleep apnea and dream recall are also different for all of those with the disorder—some recall their dreams and some don’t.

If you show any of these symptoms, it’s important for you to get evaluated by a doctor or sleep specialist to see if you have sleep apnea. Being diagnosed with sleep apnea will get you on your way to a better night of sleep.