Did You Know These 5 Famous People Use a Sleep Apnea Device? 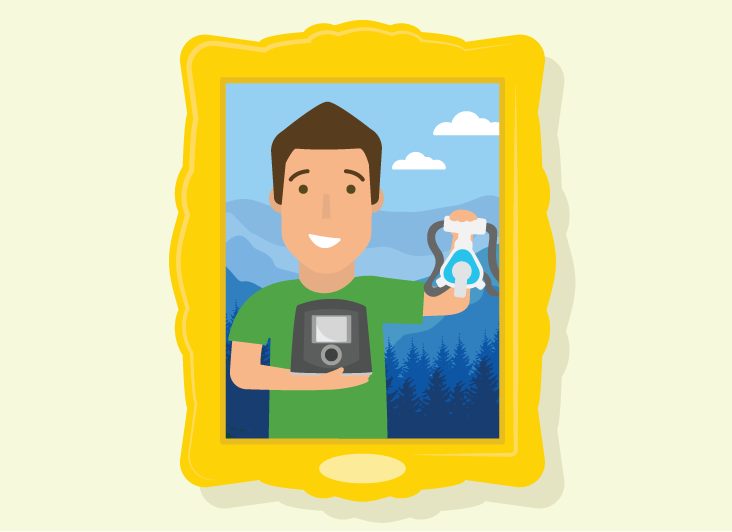 Think Sleep Apnea is just something you’re struggling with? We have news for you – there are tons of people out there with Sleep Apnea, just like you! Some of them are even famous athletes or beloved TV characters.

John Goodman’s character, Dan Conner, had been assumed dead by fans in the finale of the hit TV sitcom, Roseanne. However, the revival reintroduced Goodman’s character in a very humorous way. The revival begins with Dan being awoken by Roseanne and removing his CPAP mask from his face, revealing he has Sleep Apnea. Roseanne then goes on to explain that she was scared he had died because he looked so peaceful. Goes to show what a CPAP machine can do for a good night’s sleep!

In the 2014 NFL season, Linebacker Ryan Jensen started to notice he was exhausted during practice and losing weight and muscle mass at an alarming rate. After a game against the San Francisco 49ers, Jensen decided it was time for a change and participated in a sleep study where he learned he had Sleep Apnea. He has since been using a Sleep Apnea device as treatment and has noticed significant improvements, stating in interviews, “It really has saved my life and it really did save my career.”

In the episode “Mike Snores” from popular sitcom, Mike & Molly, main character Mike is revealed to have Sleep Apnea. After a romantic evening together, Mike and Molly are winding down for bed when Mike surprises her by putting on his Sleep Apnea Device. He explains that it prevents him from snoring and she replies, “which is what makes it so hot!” You decide if you think that’s sarcasm because we’re really on the fence.

Jimmy Shive-Overly, from You’re the Worst, uses a CPAP machine

This show reveals one of their main characters has Sleep Apnea in the very first episode! In the pilot episode of the raunchy FX show, You’re the Worst, Jimmy and Gretchen are wrapping up a romantic rendezvous and Jimmy is attempting to get Gretchen to leave. She is being stubborn, so Jimmy pulls out his Sleep Apnea device, attempting to scare her off. Unfortunately for Jimmy, Gretchen is not so easily scared.

It’s no surprise, given his size, that Shaquille O’Neal was a candidate for Obstructive Sleep Apnea. However, it took his girlfriend at the time bringing his snoring and restless nights to his attention for Shaq to seek help. He visited the Harvard Division of Sleep Medicine, where he underwent a sleep study and was diagnosed with Sleep Apnea. After proceeding with CPAP therapy, Shaq claimed to have noticed an immediate difference, stating, “I feel good, the weight is good, got a lot of energy, the relationship is good at the house. Everything is working.” He even went on to help raise awareness for Sleep Apnea through a campaign called “Shaq Attacks Sleep Apnea” and promote seeking treatment. If Shaq can find a CPAP mask that fits, so can you!

No matter how famous (or fictional) you may be, anyone may have Sleep Apnea! If you or someone you know are struggling with Sleep Apnea symptoms, make sure to visit an certified sleep specialist for a proper diagnosis. If you’re ready to purchase your CPAP mask, or need help adjusting your current Sleep Apnea device, contact us!

Or, if you’d like to connect with fellow CPAP users, join the conversation at CPAPTalk.com.