9 Sleep Apnea Statistics You Should Know in 2022 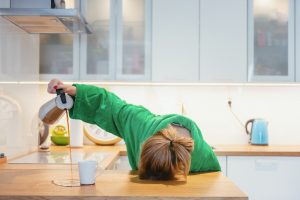 Around 35% of all American adults report sleeping less than seven hours per night on average, and people with certain medical conditions like sleep apnea—especially when undiagnosed—have a harder time getting enough shut-eye each night. When you read sleep apnea statistics, it’s easy to see why so many people are missing quality sleep and why seeking treatment for sleep apnea is so important.

We’re exploring sleep apnea facts and statistics to help you learn who is impacted by sleep apnea, how it affects the body, and why it’s critical to diagnose and treat this common sleep disorder.

What Is Sleep Apnea?

What Are the Signs and Symptoms of Sleep Apnea?

The symptoms of sleep apnea can be subtle (and mild sleep apnea can present in numerous unpredictable ways), so it’s alarming but not surprising that 75% of sleep-disordered breathing cases remain undiagnosed. Some signs and symptoms to look for include:

Keep in mind that having one or more of these signs or symptoms does not necessarily mean you have sleep apnea. If you think you may have sleep apnea or another sleep disorder, consult with your doctor and arrange for a sleep study.

Who Suffers From Sleep Apnea?

How Many People Have Sleep Apnea?

What Is the Prevalence of Sleep Apnea?

What Are the Risk Factors for Having Sleep Apnea?

Additionally, Obstructive Sleep Apnea is considered to be a risk factor for many other diseases, including hypertension, stroke, coronary disease, and heart failure and is often associated with other psychiatric comorbid diseases including anxiety, depression, bipolar disorder, and PTSD.

What is the Life Expectancy of Someone With Sleep Apnea?

Does Sleep Apnea Cause Other Chronic Health Conditions?

Compared to their peers without sleep abnormalities, people with sleep apnea have been found to be at an increased risk for numerous cardiovascular diseases, including irregular heartbeats, hypertension, stroke, atherosclerosis (hardening of the arteries), and coronary heart disease. Forty-three percent of people with mild obstructive sleep apnea and 69% of people with severe obstructive sleep apnea have hypertension. Up to 70% of stroke patients in rehabilitation have significant sleep-disordered breathing.

Overall, insufficient sleep has been linked to the development of multiple chronic diseases and conditions, including cardiovascular disease, type 2 diabetes, obesity, and depression.

How Many People Are Getting in Car Accidents Because of Sleep Apnea?

There are some interesting facts about sleep apnea, like that people with sleep apnea are at twice the risk of having a car accident. According to one 2004 study, treating all United States drivers suffering from sleep apnea would save $11.1 billion in collision costs and save 980 lives annually. The correlation between obstructive sleep apnea and driving incidents isn’t too surprising; excessive daytime sleepiness and short sleep duration are some of the independent predictors of increased crash risk in people with sleep apnea.

Further, medical patients utilized 23% to 50% more medical resources prior to a sleep apnea diagnosis, and studies show undiagnosed moderate to severe sleep apnea in middle-aged adults may cause $3.4 billion in additional medical costs in the United States.

CPAP is considered the gold standard for treating obstructive sleep apnea, but this treatment plan continues to be afflicted by issues with compliance. Despite interventions “designed to improve adherence rates over the long term,” there aren’t many clinically-impactful differences.

One study demonstrated that the quality of life in people with sleep apnea was “better after CPAP therapy” with participants reporting improvement in:

It’s worth noting that losing weight can help improve obstructive sleep apnea and the associated symptoms, though weight loss alone is not a complete or comprehensive plan for treating sleep apnea.

Now that you’ve learned who suffers from sleep apnea and how many people use a CPAP machine, you may be wondering if you’re one of the ones who is experiencing symptoms of sleep apnea who have not yet been diagnosed with sleep apnea. If you or your partner suspect you have sleep apnea or another sleep disorder, it’s worth scheduling a sleep study or signing up for a home sleep test. For more sleep apnea statistics, reviews of CPAP products and accessories, and more, you can explore our blog!

Merritt Wakefield
Merritt Wakefield is a writer and researcher committed to helping people with CPAP learn about sleep apnea and the various benefits and features of sleep therapy and CPAP products.