Hypersomnia: Causes, Treatment, and How It’s Linked to OSA 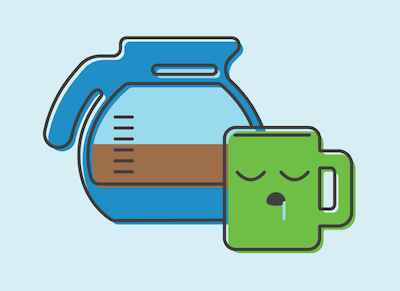 The basic hypersomnia definition is extreme tiredness. People will ask themselves, “Why am I sleepy all the time,” even though they sleep through the night and take naps during the day. According to the National Institute of Neurological Disorders and Stroke (NINDS), hypersomnia can also refer to people who sleep too long at nighttime exclusively.

There are two main types of hypersomnia:

The Hypersomnia Foundation states that primary hypersomnia is solely associated with excessive fatigue. This type of sleep disorder is believed to be caused by misfires in the part of the brain that controls sleep functions.

Examples of primary forms of hypersomnia include:

Secondary forms of hypersomnia include conditions caused by medical conditions or injuries. For example, an individual diagnosed with Sleep Apnea may also suffer from hypersomnia. In this case, secondary hypersomnia refers to being unable to sleep due to Obstructive Sleep Apnea that blocks the airways. As a result, the individual sleeps more during the day to make up for a lack of quality deep sleep at night.

Other causes of secondary hypersomnia include:

A common symptom associated with hypersomnia is:

Hallucinations caused by long periods of sleep and disorientation

The following symptoms are a result of not having a regular daily schedule, i.e., meal times and periods of activity:

People with hypersomnia can also suffer from the following conditions:

These conditions are due to the mental fog associated with waking that can affect these individuals at any time.

When comparing hypersomnia vs narcolepsy, the main difference is in the ability to control sleep. For people who are diagnosed with hypersomnia, they feel compelled to nap when they should be eating, sleeping, or doing some other activity. Narcolepsy is defined as uncontrollable daytime sleepiness. People with narcolepsy fall asleep unexpectedly throughout the day.

According to a study published in the Dialogues in Clinical Neuroscience, there is a strong connection between sleep disorders and depression:

As for medical conditions and disorders that are associated with hypersomnia causes, these include:

For people who have a sudden onset of hypersomnia, this condition may be a sign of an underlying health issue or change in lifestyle.

Fortunately for people who are concerned that they are suffering from this sleep disorder, there is a hypersomnia test available. A doctor will discuss a patient’s medical history including their sleep habits. A sleep test may also be prescribed in order to see if Sleep Apnea or other sleep disorders are involved.

A doctor will also discuss any substances including alcohol or drugs that may be involved in the sleep condition. Other methods of a hypersomnia test can include:

Another treatment that can effective for individuals living in northern states includes the use of a sun lamp. Regions with shorter days experience a decrease in vitamin D that can be associated with depression and hypersomnia. This treatment allows the body’s circadian clock to stay on balance.

For patients diagnosed with moderate or severe hypersomnia, prescription drugs may be prescribed. These may include:

Other prescription drugs prescribed for hypersomnia can include stimulants. These are used to increase stimulation and help the patient stay awake for longer periods of time. Antidepressants may be prescribed for patients with co-occurring depression or anxiety.

A common question among patients with hypersomnia is how this is linked to OSA or Obstructive Sleep Apnea disorder. As previously noted, secondary hypersomnia can be caused by Sleep Apnea. There are three main types of Sleep Apnea:

For individuals suffering from Sleep Apnea, the most common symptoms include:

At the same time, treatment for hypersomnia may also help patients who are diagnosed with one of the types of Sleep Apnea. By treating both of these sleep disorders, an individual can correct their excessive daytime sleepiness and insomnia. This can enable the individual to improve their quality of life while reducing the likelihood of associated medical problems. Medical issues caused by long-term untreated sleep disorders can include:

Treatment for sleep disorders including Sleep Apnea and hypersomnia is essential to reducing these health concerns.

Find Out More About Sleep Apnea

Learn more here with this Sleep Apnea article to determine if you are suffering from this sleep disorder, as well as hypersomnia. Subscribe to our newsletter for more useful CPAP and Sleep Apnea information, as well as savings on equipment for hypersomnia treatment.