Parasomnia 101: What Is It, How Do You Treat It, and Is It Related to Sleep Apnea? 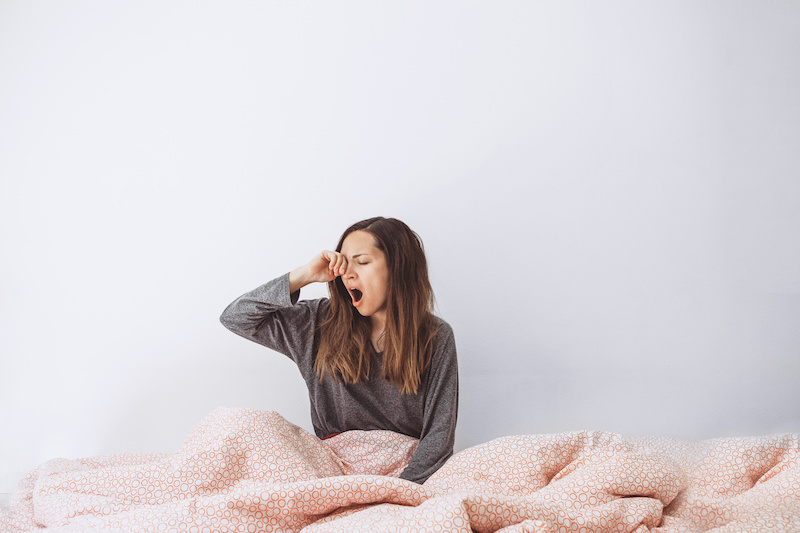 Parasomnia is something that many people might not have heard of. However, it’s a surprisingly common disorder. There are different types of parasomnias a person can experience, and it has many different manifestations.

Let’s delve into the different types of parasomnia disorder, the symptoms, causes, its relation to sleep apnea, and the treatment optiona available.

Parasomnia tends to bring about unusual or undesirable behavior and feelings in the person experiencing it. This can include anything from nightmares to sleepwalking. It is generally more common in children than in adults, although certain groups of people—such as those who are genetically predisposed—may be more prone to this condition.

The severity and frequency of the symptoms of parasomnia tend to vary from person to person.

The non-rapid eye movement stage of sleep comprises the first four steps in the sleep cycle. Most people who experience parasomnia symptoms have no recollection of their experience whatsoever.

Confusional Arousals: During confusional arousal, the person sleeping will partially awaken from a deep sleep and display signs—such as sitting up in bed and looking around—of confusion. The person may also appear distressed and may even cry.

Night Terrors: When a person experiences a night terror, they appear to suddenly awaken in a terrified state, although they are not actually awake. They may scream, cry, sweat profusely, or even jump out of bed and run around.

Sleepwalking: Also known as somnambulism, sleepwalking can involve a person doing anything from walking around a room to attempting to make food or even leave the house. Sleepwalkers generally have no awareness of their surroundings.

The REM stage of sleep comes after the first four sleep stages, generally taking around one and a half hours for a typical sleeper to achieve. Dreams tend to be most vivid during this stage of the sleep cycle.

Nightmares: A nightmare refers to any type of vivid dream that elicits feelings of terror, dread, or fear in the person dreaming. Although many people have nightmares, a nightmare in the sense of parasomnia symptoms is vivid, recurring, and causes impairment during waking hours.

Sleep Paralysis: During an episode of sleep paralysis, the person in question is not be able to move any part of their body, no matter how much they try. It can occur either before a person falls asleep or as they wake up.

Parasomnia and the symptoms associated with it can have many different causes. Actions and experiences during a person’s waking life can significantly affect the frequency and severity with which they report parasomnia symptoms.

There are also certain other factors that may make a person more likely to develop some type of parasomnia.

Is Parasomnia Related to Sleep Apnea?

Some experts have also noticed a link between Obstructive Sleep Apnea and parasomnia. The study did indeed appear to find that parasomnia symptoms tended to occur more often in those with sleep apnea than in those without. However, later studies published seemed to contradict these findings.

Many people with sleep apnea do report experiencing parasomnia symptoms such as sleepwalking and sleep hallucinations. They also commonly report having vivid nightmares. In fact, recurring nightmares of choking or gasping for air can be a sign you are living with sleep apnea. Despite this, medical experts continue to disagree about whether there is any true link between parasomnia and sleep apnea.

The best way to treat parasomnia depends on many factors. The type of symptom, as well as the symptom’s severity, frequency, and perceived cause, should all be taken into account.

Sometimes, a lifestyle alteration as simple as a change in diet or drinking less alcohol can help to alleviate symptoms.

Cognitive-behavioral therapy, hypnosis, and psychotherapy can also help parasomnia symptoms in some people. Of course, a treatment that is effective for one person may not be effective in another, so talk to your doctor about what you are experiencing.

A Peaceful Night’s Sleep Is Possible

Suffering from symptoms of parasomnia can be difficult. The human body needs sleep to stay healthy, and parasomnia jeopardizes the ability to have an effective night’s rest.

If you experience symptoms of parasomnia, then it’s possible you could have sleep apnea. Whether this is the case or not, experiencing parasomnia symptoms on a long-term basis certainly warrants a trip to a sleep specialist or doctor to get on your way to your best night’s rest.