The Important Link Between Sleep Apnea and Epilepsy 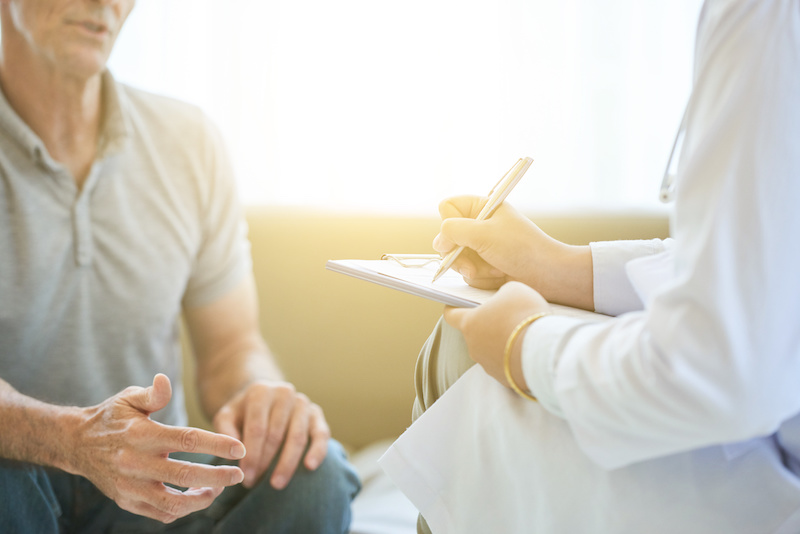 Often, those who have one health issue, such as epilepsy, may have others that can exacerbate the first one. This can be especially true when it comes to epilepsy and sleep disorders. Issues that interfere with restful sleep and normal electrical brain activity can make epilepsy worse. Obstructive Sleep Apnea (OSA), which is the most common of the types of sleep apnea, has been associated with an increase in seizures in people who have epilepsy.

So, what exactly is the link between seizures, epilepsy, and sleep apnea?

Epilepsy is the fourth most common neurological disorder among Americans. Epilepsy is a chronic disorder whose main symptom is recurrent and unprovoked seizures. About .5% of Americans have epilepsy and an additional 1.5% to 5% have suffered at least one seizure at some point in their lives.

Epilepsy can be extremely disruptive and even dangerous if left untreated as it can cause a seizure at any time. Most people, with proper medication, can avoid epilepsy and seizures altogether. The likelihood of seizures can be reduced if a person with both sleep disorders and seizures or epilepsy also treats their sleep disorder.

For instance, some people report that the first and only seizure that they have ever experienced comes after an all-nighter spent studying or working, or perhaps a night out with friends. The latter is further complicated by links between sleep apnea and alcohol.

However, what does staying up all night studying and/or with friends have in common? If you guessed lack of sleep, give yourself a pat on the back.

Can Sleep Apnea Cause Seizures?

There are obvious links between seizures and sleep apnea: nearly 40% of those who have epilepsy also have sleep apnea.

The type or severity of epilepsy does not seem to affect the presence of sleep apnea. When someone is living with sleep apnea, seizures can be worse. Finding a diagnosis and getting treatment can restore restful sleep and help prevent frequent or severe epileptic seizures.

Some people find that their epilepsy is affected by their sleep patterns. When someone has epilepsy, adequate sleep is more important than ever because a lack of sleep is a trigger for seizures, and untreated sleep apnea causes poor quality sleep. People with OSA often stop breathing while sleeping for several periods at a time. This can startle them partially or totally awake, interrupting their sleep patterns, and causing tiredness the next day.

In many people, healthy sleep is imperative for controlling the frequency and severity of their seizures. In a study of those with epilepsy, it was found that lack of sleep, excessive tiredness, and emotional stress were the most common triggers for seizures.

How does a lack of sleep contribute to seizures, though? During the sleep and wake cycle, your body goes through a series of changes in hormonal balances and electrical activity in your brain that helps it regulate that cycle. In some people, a lack of sleep can disrupt these signals and cause a seizure.

What’s the Connection Between Nocturnal Seizures and Sleep Apnea?

Epilepsy is a naturally occurring electrical activity in the brain, so it’s difficult to isolate it to cure it although it’s ultimately manageable. This means that whatever your brain can do, it can ‘wire’ itself to cause a seizure. Because of this medical challenge in diagnosing epilepsy, there are several different types of epilepsy, and some of them are more likely to cause nocturnal seizures than others. Seizures that can more frequently cause nocturnal seizures include:

Some people will not have issues with epilepsy and sleep but others will find that they are prone to these mini-seizures while they are sleeping. If the person isn’t awakened by the seizure, then how do they know that they had a seizure while sleeping? It’s a good question and with a simple answer: while the person wasn’t awakened, had they been in a clinical setting where their brain waves were also being monitored (i.e.: a sleep lab), a doctor would be able to tell by the results of the neurological report that the person had a nocturnal seizure.

The most common time of night for mini-seizures is between stages one and two of sleep. These are times of lighter sleep when your brain is between sleeping and waking. However, seizures can also happen during heavier stages of sleep as well.

While detecting and controlling OSA can lead to better seizure control, many doctors still do not screen people with epilepsy for sleep apnea. If you are living with epilepsy and are experiencing some of the following symptoms associated with OSA, talk to your doctor about a sleep study as you may have some form of sleep apnea.

The links between sleep apnea and epilepsy may seem almost contradictory and not be immediately evident. However, sleep apnea is most common in older adults while epilepsy is most commonly diagnosed in children under 10. The second most common age range to develop epilepsy is 55 and older, so if you have any of the above symptoms, your doctor can order a sleep study. This study will help determine if you are getting proper sleep each night and whether or not your breathing is even and consistent throughout the night.

Sleep tests can be done either in a sleep lab or at home with a home sleep test (HST). They both have their benefits and drawbacks; however, if you are living with epilepsy or seizures, it’s likely you’ll need to have the study done in a sleep lab.

If issues with your sleep breathing patterns are found, there are therapies that can help. CPAP machines are effective in treating sleep apnea and producing better sleep at night. A CPAP machine helps keep breathing pathways unobstructed, leading to more consistent breathing throughout the night. Lifestyle changes will also be a solid addition to your CPAP therapy. Consider a doctor-approved weight loss regimen, avoiding alcohol, or quitting smoking, for instance.