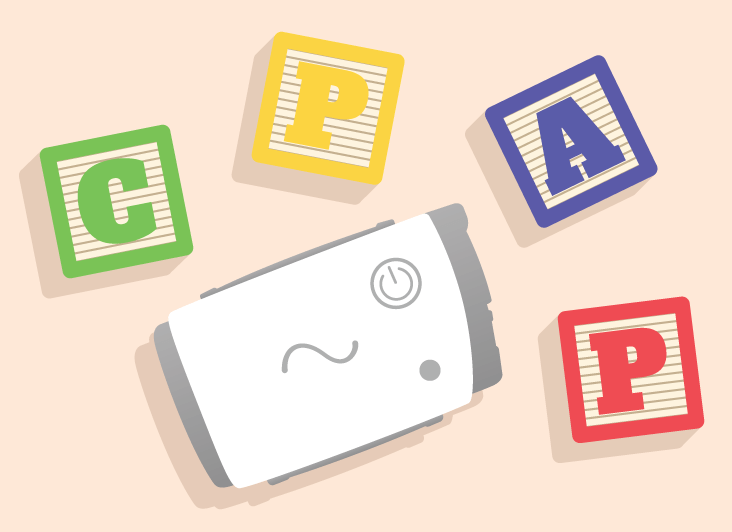 When you hear the term “sleep apnea,” chances are, what comes to your mind first isn’t the way it affects children. In fact, maybe until now, you didn’t realize sleep apnea could affect children. But it can. And not only that, it is often and easily misdiagnosed, creating health and behavioral consequences that can take years to correct.

According to Mayo Clinic,  sleep apnea in children is defined as: “a sleep disorder in which your child’s breathing is partially or completely blocked repeatedly during sleep. The condition is due to a narrowing or blockage of the upper airway during sleep.”

And though it does have some clear similarities to adult sleep apnea, it isn’t the same thing, nor does it necessarily manifest in the same way.

So when it comes to sleep apnea in children, who is at risk, and how does sleep apnea affect a child? Let’s take a look:

Who Is at Risk for Sleep Apnea?

And while it is possible that a child may outgrow the disorder, it is more likely that the child will experience frustrating and persisting side effects as long as the sleep apnea exists. Meaning, if there’s any chance at all that your child is suffering from sleep apnea, it’s a good idea to get it checked out by a health professional as soon as possible.

It should also be noted that sleep apnea in children is often misdiagnosed as attention-deficit hyperactivity disorder. Meaning some children who are currently diagnosed and medicated for attention-deficit hyperactivity disorder may simply be suffering from the symptoms of sleep apnea. This is both harmful because the child isn’t getting the treatment he needs and is getting treatment he doesn’t need.

If you think your child has been misdiagnosed, you may be right, and you should have a conversation with your child’s doctor right away.

How Does Sleep Apnea Manifest in Children?

Unfortunately—as you already know—kids don’t come with instruction manuals, and sometimes it’s hard to know when something is “normal kid behavior” vs. something that should be evaluated by a doctor. When in doubt, go to the doctor.

But in the meantime, here are a few symptoms to watch for regarding sleep apnea in children:

Over the course of a few days or weeks, keep a simple journal of things you notice regarding your child’s sleep. This could prove helpful when you talk to your child’s doctor. If possible, observe your child while he’s sleeping. Does anything seem out-of-the-ordinary? Follow your gut.

Keep in mind, not all symptoms apply to every child who may be struggling with sleep apnea. Infants and toddlers, for example, may not snore. But they may show some of the other signs that they are struggling to get a good night’s rest. And it should be noted that while one of the most recognizable symptoms for sleep apnea in adults is daytime drowsiness, one of the most common symptoms for children is behavioral problems due to fragmented sleep patterns.

If your child has sleep apnea, they’re probably tired and just don’t know how to identify or express it in a healthy way.

What Happens if Sleep Apnea Goes Unaddressed in Children?

If left unaddressed, children can struggle with the following ongoing issues:

Until recent years, snoring wasn’t viewed as anything to be too concerned about in children. According to the Journal of the American Academy of Pediatrics, children who snore are twice as likely to struggle with learning problems. Meaning, while you may be frustrated with your child’s poor performance in school, your child may be equally frustrated by ongoing exhaustion that actually looks to other people like hyperactivity.

A quick look at the symptoms makes it easy to understand how the disorder can be misdiagnosed in so many children.

But as is the case with most disorders, early diagnosis and accurate treatment are critical. Not only is it important for a child to get diagnosed so that he or she can return to a good night’s sleep, but it is also important for the child’s behavioral and cognitive development. It is no secret that children need good and regular sleep patterns to grow and reach their full potential.

What Is the Long-Term Prognosis?

How does sleep apnea affect a child in the long run? The good news is that children who receive timely and accurate treatment are often able to function in healthy ways, and sleep apnea may not follow them into adulthood. Children who do not receive the treatment they need can face longer-lasting consequences related to their mental and physical health.

Treatment options often include targeting underlying causes, such as allergies, orthodontic issues, or tonsillectomy. For some children, the answer may be a CPAP, which can prove very helpful. As the child grows, so, too, do treatment options.

Thankfully, many parents and healthcare professionals alike are beginning to better recognize the symptoms and the solutions for sleep apnea in children.

For children—as well as their parents—this is a win/win.

Aaron McCann has been working in the CPAP industry for nearly five years researching and learning about the latest and greatest in CPAP therapy and equipment. Aaron is committed to helping the CPAP community achieve better sleep and a better quality of life!