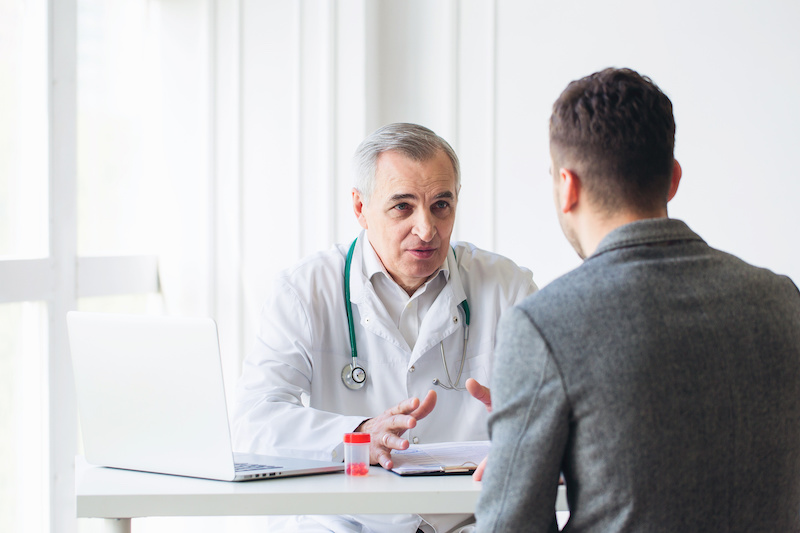 The spectrum of sleep apnea includes different kinds of it as well as different levels of severity. The most common type of sleep apnea is Obstructive Sleep Apnea (OSA), which is a disease that impacts 26 percent of Americans aged 30 to 70. OSA can be diagnosed as mild, moderate, or severe.

If you have moderate to severe OSA, there is plenty of information and treatment options available to you. However, what if you have mild sleep apnea? Should you still pursue any sort of medical intervention? Is there something you can do about it without medical advice?

Let’s dive into the ins and outs of mild sleep apnea.

What Is Mild Sleep Apnea?

How do you even determine if you have mild sleep apnea? There are three different types of sleep apnea as determined by the Apnea-Hypopnea Index (AHI), which measures how many apneas or hypopneas you experience each hour during a sleep study.

But, what exactly does that mean and what is considered mild sleep apnea? Apneas and hypopneas are events that occur in your sleep when you have sleep apnea. An apnea is a total absence of airflow through your mouth and nose even when there’s an effort to breathe (i.e. OSA) as measured at the abdomen and chest. A hypopnea, on the other end, is a partial collapse of your airway.

When you do a sleep study—at home or in a lab—your OSA diagnosis and its severity is given based on the average number of apneas and hypopneas you have per hour. If you experience fewer than five such events, you’d be diagnosed either with no sleep apnea or minimal.

Oxygen desaturation, which is a decrease in your blood oxygen levels is also considered when making a diagnosis. The normal level should be around 96 to 97 percent. When the level goes below the normal range down to 90 percent, it’s generally considered part of a mild OSA diagnosis. Moderate means your levels dropped to between 80 to 89 percent, and the severe level dips to under 80 percent.

Therefore, mild sleep apnea means your AHI score showed more than five but fewer than 15 events per hour, and your oxygen desaturation levels were between 90 and 96 percent.

What Are the Symptoms of Mild Sleep Apnea?

When you hear the word mild, you may think there isn’t much to worry about, but when it comes to OSA, a mild diagnosis can still interfere with your life.

A British study published in The Lancet showed that three months of CPAP therapy improved the quality of life in those with mild OSA. With untreated mild sleep apnea, you’ll likely experience apnea and hypopnea events and snore or gasp while sleeping. You’ll generally experience undesired daytime sleepiness or feeling drowsy when engaging in a relaxing activity such as watching TV.

Sleep apnea can have many different causes or contributing factors, which vary on a case by case basis.

Some people, for instance, are simply born with a more naturally narrow airway than others or with excess tissues due to nothing other than family history.

Mild sleep apnea is generally caused by any one of these conditions:

Also, there are many risk factors for sleep apnea. These include:

If you have mild sleep apnea, it may be one of the rare instances where you can end up mitigating enough symptoms from sleep apnea by making a few lifestyle changes and managing environmental risk factors, such as exposure to allergens, exposure to potential irritants to your lungs, and alcohol consumption.

For instance, weight loss has proven to benefit sleep apnea as has exercising.

Weight loss and sleep apnea don’t necessarily have a direct causal link, meaning research hasn’t been very conclusive on whether or not weight loss actually helps reduce its symptoms and much less any specific studies about mild OSA.

This is where pesky genes come into play. Losing a significant amount of weight has helped in reducing the symptoms of sleep apnea for some people, but the real answer to your particular case will truly be contingent on your individual circumstances and not because of any established biomedical link between the two.

Does Mild Sleep Apnea Need to Be Treated?

This is a hot button topic amongst experts—so much so that in the same 2007 issue of the Journal of Clinical Sleep Medicine there were two articles debating each side of this coin—or should we say pillow?

One article argued that CPAP treatment, which is a common treatment for sleep apnea is not needed for mild OSA and does not significantly benefit symptoms associated with it.

Nonetheless, the article is not against all forms of treatment but instead noted that medical interventions should be used first before turning to CPAP therapy. Depending on factors contributing to mild OSA, the article explained that treatments could include interventions such as weight loss, nasal corticosteroids for allergic rhinitis, or positional therapy for supine OSA.

The other article argued that mild sleep apnea should be treated. Their reasoning for treating mild OSA was that it has symptoms that can contribute to other health conditions, and it can be treated to improve outcomes.

Since those two articles ignited that conversation, other similar debates have emerged. Some express indifference but most support that it can’t really hurt if you treat your mild OSA.

Regardless or not, discuss the results of your sleep study with your sleep specialist. CPAP therapy can improve your mild OSA, but there may also be other ways to that may be beneficial to start with.

How to Treat Mild Sleep Apnea

Positive airway pressure devices, such as CPAP machines, are generally used for moderate to severe cases of sleep apnea and are not the first line of defense for mild sleep apnea. Instead, mild sleep apnea treatment might first include:

How does mild sleep apnea impact your life expectancy? The Centers for Disease Controls (CDC) estimates the average life expectancy in America to be 78.7 years old. There is no average age of when a person develops sleep apnea, but generally, about 3% of men aged 20 to 44 years old have some form of it. In the 45 to 64 age group, that figure rises to 11% and lastly, to 18% in men aged 61 to 100.

Diagnosing that 61 to 100 age group is a challenge though because elderly people are diagnosed less often with OSA due to the fact that they present atypical symptoms than the traditional model of an average person with sleep apnea. Traditional risk factors such as obesity, body-mass index (BMI), neck circumference, and snoring are less prevalent among the elderly leading to diagnostic challenges for healthcare professionals.

This is a double-edged sword, though. The association between OSA and other medical conditions such as hypertension, heart-related diseases, and strokes makes getting the elderly properly diagnosed with OSA or whatever other condition critical as these are among the leading causes of death in this population.

Even less severe forms of sleep apnea can pose risks to your health. A study in BMC Cardiovascular Disorders recognized that OSA is a risk factor for cardiovascular diseases such as hypertension and cardiovascular events such as acute coronary syndrome (ACS), finding that nearly 70 percent of those with mild OSA benefit from cardiac rehabilitation (CR) programs.

The Australian doctors found that the prevalence of OSA following ACS is high and likely to be problematic upon admission into CR programs, recommending routine screening for OSA to maximize the effectiveness of CR.

Do I Need a CPAP Machine for Mild Sleep Apnea?

If you have mild sleep apnea, it’s possible you don’t need a CPAP machine. Some home remedies might be able to help you first. As we notated earlier, CPAP therapy isn’t always the first line of treatment for mild sleep apnea, but it should not be completely ruled out either.

Normally, when someone is told they snore, the first thing they do is research what they can do to fix the issue without visiting a doctor. Some of these CPAP alternatives include:

If you have mild sleep apnea and prefer to try CPAP therapy, that’s always indeed an option. Your doctor may advise you about the other options we mentioned, but CPAP therapy is also an option.

In order to receive a prescription for a CPAP machine, you’ll first discuss your symptoms with your sleep apnea doctor who will either refer you to a sleep specialist or schedule you to have a sleep study at home or in a lab.

Both usually require sleeping a night hooked up to different equipment that measures some vitals in order to help determine your diagnosis. Once you finish the test, the doctor reviews the results with you and may write you a prescription for a CPAP machine. The prescription will also have the amount of pressure that the machine should supply.

When you are ready for a CPAP machine, you can typically choose between a CPAP that has a fixed pressure rating or an APAP machine, which uses algorithms to automatically adjust the pressure for you based on what it’s detecting your sleep and breathing is doing.

An APAP has the added bonus that it can also be changed to CPAP mode and be set to a specific pressure. On the other hand, a CPAP machine can’t auto-adjust like an APAP can, so you’d need to discuss with your doctor which machine type is best for you.

While mild sleep apnea may not be as disruptive to your life as moderate or severe OSA, it is still a problem to your health and well-being. It comes with symptoms and can pose health risks. It’s worth getting checked to see if you have this problem and to look into treatments that could improve your symptoms and help you get better sleep.

Andre is a newcomer to CPAP therapy. He was diagnosed in 2020 through CPAP.com’s home sleep test. Andre enjoys learning more about living with sleep apnea, advances in CPAP technology and treatment, and sharing his insights with the CPAP.com community.