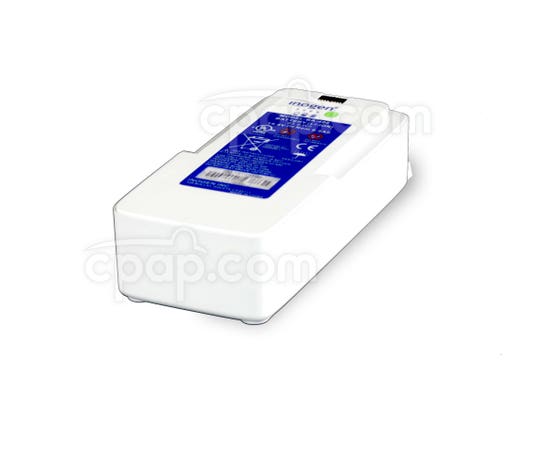 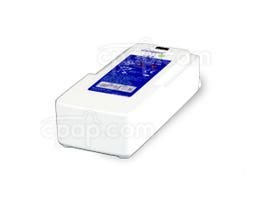 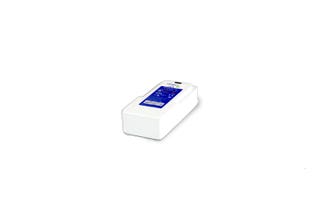 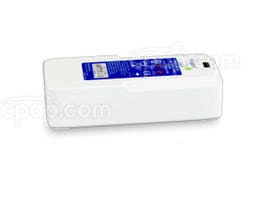 The replacement Extended Eight-Cell Lithium-Ion Battery for the Inogen One G4 Concentrator provides oxygen therapy for a maximum of five hours, which is 2.3 hours more than the single battery, and is approved by the FAA for in-flight use. The battery is also capable of charging with AC or DC power and can reach a full charge in only four hours.

The battery charges using the AC Power Supply or DC Charging Cable. Charging a fully depleted battery takes approximately 4 hours. Charging the battery while using the machine will take longer than 4 hours. The OPTIONAL External Battery Charger can be purchased separately to charge batteries, not in use.

PLEASE NOTE: The External Battery Charger doesn't connect directly to the Inogen G4 and isn't intended to supply power to the Inogen G4. It's meant for charging batteries only.

Where is the Battery Charge Displayed?

There is an LCD screen on top of the Inogen G4 that displays the battery level. The battery level is displayed as a percentage showing the remaining charge.

PLEASE NOTE: As of June 2018, the Inogen G4, as well as the Single and Extended 8 Cell Batteries are approved for use while in-flight on aircraft, according to FAA Regulations. While the FAA has approved the Inogen G4 for in-flight use, airlines can pass internal regulations that can change quickly. In June 2018, we know of no airline that prohibits these devices.

To be safe, it's important to confirm with the airline that the device is still acceptable for in-flight use at least 48 hours before flying, or before purchasing a ticket with that airline.

Here's the regulations from the FAA explaining its policies on what types of batteries are acceptable for bringing on a flight. Per the manufacturer, this battery meets the requirements for in-flight use: